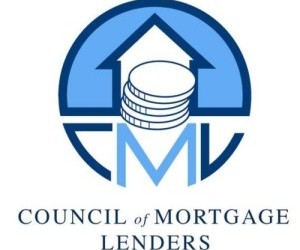 The CML reports mortgage lending went up by 4.3% in April

The Council of Mortgage Lenders (CML) reports that gross mortgage lending went up by 4.3 per cent in April to £12.1 billion.

Lending went up by 22.2 per cent compared to the same month as last year, but the CML issued a note of warning saying “meaningful comparisons” are difficult to make because April 2012 was the first month after the ending of the stamp duty holiday that helped boost property sales in March 2012.

Mortgage lending has been averaging around £12 billion for the last 12 months but that is still only around 40 per cent of the peak level senn in 2008 before the start of the credit crunch.

CML chief economist Bob Pannell said: “Our forward estimate is that gross lending in April was £12.1bn. This would have been 4 per cent up on March. The comparison with April last year – 21 per cent higher – is flattered by the temporary dearth of house buying activity immediately following the closure of the stamp duty concession.

"The true underlying position is that April is likely to have been one of the strongest months for lending activity since late 2008, but not as strong as the year-earlier comparison suggests.

“Gross lending on a seasonally adjusted basis has been running comfortably above £12 billion for several months, but this is still barely half the average level of lending seen in 2003-4."

Ashley Brown, director, of mortgage broker Moneysprite said: "Is the mortgage market in a better position than it was a year ago? Yes, but exactly where the mortgage market is on its road to recovery is hard to tell, with lender activity still significantly down on pre 2008 levels.

"It'll be interesting to see what the summer months bring. Normally we would expect lending activity to drop off significantly, but the mortgage market could do with a better than normal June, July and August to give it some momentum going into the crucial post-summer period."