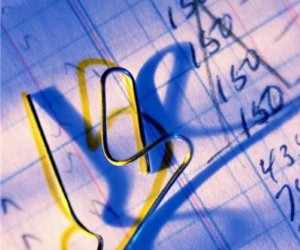 Mortgage debt became less of a burden after the crash, says the ONS

The Office for National Statistics (ONS) reports that UK households’ ability to pay their mortgages increased following the financial crisis.

The number of people who saw their property debts as a heavy burden fell between 2006 and 2010 helped by the Bank of England’s policy on interest rates.

Surprisingly, the proportion concerned about property debt fell after 2008 when wage increases were low and inflation was rising.

The ONS said that in 2008 to 2010, the south-east had the highest percentage of households with mortgage arrears at 39.8 per cent, followed by Yorkshire and Humber at 39.2 per cent and the East of England at 38.8 per cent.

The average household’s property debt rose from £70,000 to £75,000 between 2006 and 2010 but this was countered by the Bank of England’s low interest rate policy. To help support homeowners the central bank cut base rate to 0.50 per cent in March 2009, where it still remains.

This has helped most homeowners, making their mortgage repayments more affordable, but was particularly beneficial to people on tracker mortgages who benefitted from base rate falling dramatically in the six months to March 2009.

The report shows that property owners in London are the least likely to own their own homes outright out of all regions in the UK with just 22.6 per cent owning their main residence outright. Londoners also have the highest average property debt in the UK, which is not surprising considering that London house prices are more than double most parts of the UK.

London saw the biggest drop in the number of homeowners who consider their mortgage debt as a heavy burden. People in Wales and the north-east of England were the only areas in which people felt burdened by their debts.

Single parents were the most likely to see their home as a heavy burden, with married couples without children the least likely to be concerned.