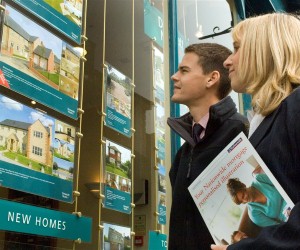 In the early stages of the FLS, lenders were passing on the reduction in mortgage rates that the scheme facilitates to those with plenty of equity in their property.

In the early stages of the scheme lenders were criticised for their timid attitude towards first-time buyers.

In December 2012, Sylvia Waycot of Moneyfacts said: “Before we all stick the bunting out, the FLS isn’t panning out quite the way you might expect.

“A first-time buyer with a deposit and a secure job is not a high risk; it is just someone trying to get a foot onto the housing ladder.”

However, since the turn of the year rate reductions have also been passed on to first-time buyers and homeowners with low amounts of equity in their properties.

There have also been reductions in fees and cashback options for first-time buyers to lower the initial cost of getting onto the housing ladder.

This week, Halifax says it will cover the cost of Stamp duty for a first-time buyer on properties up to the value of £250,000.

During 2012, mortgage approvals for first-time buyers were running 40 per cent down on the average seen before the financial crisis of 2008. Since the run of the year mortgage lending to first-time buyers has increased and a number of lending bodies have predicted that the increase will continue into 2013.

BBA statistics director, David Dooks said last week as he announced an increase in mortgage approvals for March: “Mortgage approvals edged up back to levels of a year ago and the prospect of more first time buyers entering the market during 2013 is likely to help mortgage chains in due course.”

A number of mortgage lenders have also launched shared ownership mortgages allowing people to get on the housing ladder with help from relatives.

At the budget in March, the chancellor, George Osborne announced the introduction of the ‘Help to Buy’ scheme in 2014 which aims to unlock £130 billion of mortgage finance by providing a taxpayer-backed guarantee so that potential homeowners who only have a five per cent deposit can access mortgage products for people with 20 per cent deposits through the government by providing a mortgage guarantee for the remaining 15 per cent.

Between these initiatives, prospects for first-time buyers have improved. With rental costs increasing and mortgage products for buyers with a 5,10 or 15 per cent deposit are starting to appear at affordable rates, many new homeowners are starting to make their move.

We take a look at the best current mortgage deals for first-time buyers and people looking for a shared-ownership deal.

Barclays Springboard – This deal offers a rate of 4.69 per cent with a five per cent deposit if a family member is prepared to deposit a further ten per cent of the purchase price of the property for three years.

The money will then be returned with interest at a rate of base rate (0.50 per cent) plus 1.5 per cent.

Lloyds Lend a Hand mortgage – Again, this product requires a five per cent deposit and someone to put up a further 20 per cent. Lloyds says a borrower will then be able to take advantage of mortgage rates similar to those offered to someone with a loan-to-value (LTV) ratio of 75 per cent.

HSBC offers a rate of 3.64 per cent for borrowers with a ten per cent deposit on its two-year fixed rate mortgage. The rate is fixed until August 2015 and the arrangement fee is £999.

The Chelsea Building Society has a rate of 3.69 per cent on its two-year fix for 90 per cent LTV borrowers. The arrangement fee is £1,545 and there is also a £130 processing fee. Early repayment charges (ERC’s) apply until July 2017.

The Yorkshire Building Society offers a rate of 3.74 per cent on its two-year fixed rate mortgage for borrowers with a ten per cent deposit. The arrangement fee is £845 and the processing charge is £130. ERC’s apply until the 30th June 2015.

The Post Office has a two-year fix available at 3.89 per cent for those with a ten per cent deposit with an arrangement fee of £1,495. ERC’s apply.

First Direct has a five-year fix for 4.19 per cent for borrowers with a ten per cent deposit. The fee is £1,499. ERC’s are repayable for five years.

Hanley Economic Building Society is offering a rate of 4.20 per cent for 90 per cent LTV borrowers. There are no fees with this mortgage making it an even better value deal. ERC's are repayable until 30th April 2018.

The Post Office has a fixed rate deal of 4.59 per cent for borrowers with a ten per cent deposit, again with no fee. ERC’s apply.

HSBC has a 3.74 per cent discount mortgage at a two-year rate of 3.74 per cent for those with a ten per cent deposit. The fee is £999 and an ERC applies for two years.

Hinckley & Rugby Building Society offers its two-year discount fixed rate mortgage at 3.95 per cent for 90 per cent LTV borrowers. It comes with a fee of £990 and no ERC’s are payable.

Skipton Building Society has a two-year tracker mortgage deal available at base rate plus 3.59 per cent, totalling 4.09 per cent for those borrowing up to 90 per cent of the value of the property. The fee is £995. ERC’s apply for two years.

HSBC’s two-year tracker is at base rate plus 3.89 per cent giving a current rate of 4.39 per cent for those with a ten per cent deposit. The fee is £899 and there are no ERC’s.

First Direct’s two-year tracker deal is at the same rate with the same fees and there are also no ERC’s.