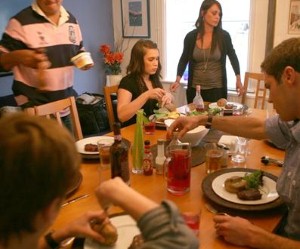 UK households are feeling more positive about their finances, according to Markit

UK households are feeling more confident about their financial situation, according to a new report by Markit.

Its Household Finance Index for June went up from 40.4 in May to 40.8 in June, the highest level it has reached since February 2010 and the third time in four months it has increased.

Although the reading is still below the neutral level of 50.0, UK households are feeling increasingly confident and optimistic about their financial situation because of higher levels of job security.

Tim Moore, Senior Economist at Markit and author of the report said: “Improving household finance trends are an early indication that the UK economy has continued to strengthen in June. Households’ perceptions of financial stability are now at a level unsurpassed over the past four-and-a-half years.”

However, though job security is improving, real wages continue to decline, reducing consumers spending power. Markit said that income from employment fell at the fastest rate since January, particularly in the construction and retail sectors.

26 per cent of consumers said that their finances got worse in June, compared to eight per cent who reported an improvement.

The index detailing financial expectations for the next 12 months also rose, up from 43.1 in May to 44.4 in June. This was the fourth improvement in a row and took the index to its highest level since March 2010.

Job security perceptions also improved, up from 44.8 in May to 45.2 in June, a three-month high and for only the second time in three-and-a-half years, public sector workers were less pessimistic than private sector workers.