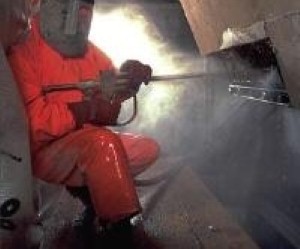 The UK manufacturing sector grew at a faster pace in June, according to the Markit Purchasing Managers’ Index (PMI) out today.

The PMI rose from 51.5 in May to 52.5 in June, a third consecutive reading above 50.0 that indicates growth in the sector. This was the fastest rate of growth seen in the PMI for more than two years.

This was higher than most economists expected and May's PMI figure also rose from 51.3 to 51.5.

It marks a good start to Mark Carney's first day in the job as Governor of the Bank of England and reduces the pressure on him to add further quantitative easing (QE) to the economy.

Market reports that levels of production are rising at the fastest pace since April 2011 and new business orders are coming in at the quickest rate since February 2011.

Markit said demand for manufactured goods was increasing both domestically and overseas.

The manufacturing sector has been strengthening since the beginning of the year and is likely to provide a positive contribution to the GDP data for the second quarter, the first estimate of which will be published by the Office for National Statistics (ONS) in late July.

Rob Dobson, Senior Economist at Markit said: “The UK manufacturing sector made positive strides on the recovery path during the second quarter of the year. June saw output and new order growth hit rates not seen since early-2011, as a brightening domestic market and resilient overseas demand led to a broad-based expansion across the sector.

“Taken with recent signs of service sector strength and a stabilising construction industry it paints a picture of UK economic growth picking up from the opening quarter's 0.3% to at least 0.5%.

“It therefore seems increasingly unlikely that the Bank of England's policymakers will opt for further asset purchases at its meeting later this week.”

Markit said the improved performance covered all different sub-sectors of the industry and anecdotal evidence from firms in the manufacturing sector said that the improvements and increased inflows of new work are linked to “strengthening confidence among clients and consumers”.

Howard Archer, Chief UK & European Economist at IHS Global Insight said: “This is the first time that the survey has indicated three successive months of manufacturing expansion since January-March 2012, which fuels hope that the sector is establishing genuine recovery.”

Looking ahead, Mr Archer said that the improved performance from the manufacturing sector in the second quarter could reverse the negative influence the sector had on GDP in the first quarter.

David Noble, chief executive of the Chartered Institute of Purchasing & Supply (CIPS), said: “Momentum is building in manufacturing as the sector begins to work up a head of steam.

“Employment is the one disappointing spot, showing little change from last month; a reminder of the anxiety that still exists in the sector.”