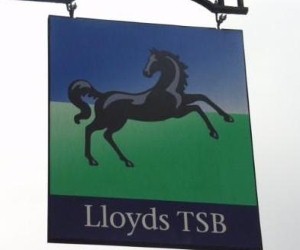 Lloyds has admitted to errors in PPI complaint handling

An undercover report claims that Lloyds Banking Group, 40 per cent owned by the UK taxpayer, advised staff members to ignore or reject compensation claims over the misspelling of payment protection insurance (PPI).

A report in The Times claims that staff at Lloyds TSB, Bank of Scotland and the Halifax were taught complaint handling techniques to try and dissuade claimants from following up on their claim and that staff were briefed to act as if Lloyds had never mis-sold the product in the first place.

It is alleged that the staff members at one of its biggest claims centres were told that most claimants would give up on their claim if it was rejected the first time.

The complaint centre was run by Deloitte. Lloyds said it has now ended its contract with Deloitte and retrained staff.

A spokesperson for Lloyds said: “Some of the comments made by trainers to The Times reporter are not endorsed by Lloyds Banking Group and we believe they do not reflect our high training standards or our policies.

“We believe the comments to be isolated and they are now being addressed.”

Deloitte said it could not comment specifically due to client confidentiality but a spokesman said: “Deloitte’s role was to process PPI mis-selling complaints from Lloyds Banking Group customers who were sold policies by the bank, in accordance with [its] policies and procedures.”

PPI was mis-sold to millions of customers alongside personal loans, credit cards and mortgages with customers unable to make a claim or even unaware that they had paid for it.

Lloyds banking Group has had the biggest problem with the mis-selling of PPI. It was the bank that took the Financial Services Authority (FSA) to court and mounted a legal challenge against the regulator that it lost and led to the bank agreeing to the court decision.

By the end of 2012 it had set aside £6.8 billion for PPI compensation and has paid out £4.3 billion to 1.3 million customers so far. In total, UK banks have set aside £14 billion with the average payout to successful claimants reaching £2,750.

In the second half of 2012, Lloyds said it had received 762,000 complaints, mainly about the mis-selling of PPI.

The Financial Conduct Authority said in a statement: “We are aware of the issues raised by The Times and have been working with Lloyds Banking Group since earlier this year to ensure these are resolved and the interests’ of consumers are properly considered.”

“We expect all firms to comply with our rules and treat their customers fairly. Firms know that PPI complaints must be thoroughly investigated and that appropriate action, where required, is taken promptly.”

The investigation also uncovered a document that admits Lloyds lost important data relating to customer evidence and that staff breached customer confidentiality under the Data Protection Act on occasions.