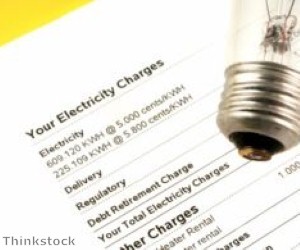 Customers will save around £40 this year.,

Yesterday (January 8th) npower became the last of the big six energy suppliers to announce what action it intends to take in order to cut prices, following the government’s review of levies on energy bills.

Npower has revealed that it will be cutting prices by £38 on February 28th and then customers will receive a further rebate later this year.

The recent changes to prices have left many consumers in a state of confusion, as many suppliers hiked the cost of their services just last year, only to partially reverse the increases this year.

To add to the confusion, not all of the Big Six are passing the reductions immediately on to customers.

British Gas have already pushed through the reversal, and its customers saw the reduction as January 1st. SSE customers will have to wait three months before they see a reduction, which means they will miss the benefit on their winter bills.

Suppliers have also taken different stances over which customers will actually benefit from the reductions, with some cutting bills for all and some excluding customers on a fixed tariff.

Furthermore, only a few suppliers have agreed to fix the price reductions until 2015, adding a caveat in case wholesale prices, or other costs, increase substantially and for sustained periods of time.

The cuts have actually done little to combat the effect of previous sharp price increases. Reductions average out at around £40 or three per cent per year. This will make the average household energy bill £1,264 annually, which still means consumers will be paying £53, or 4.3 per cent more compared to January 2013.

Even more importantly, given the backdrop of soaring prices in the last decade, the cuts seem insignificant. In 2004 the average household energy bill was £472 a year, whereas in March this year the average cost will be £1,264 – even after the reductions come into effect.

This works out at a 168 per cent increase, which according to uSwitch.com has made energy unaffordable for many households. The comparison site believes that many households have been forced to make drastic cutbacks, with over eight in ten expected to ration their energy this winter.