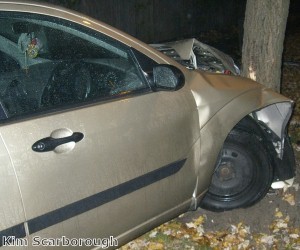 Royal and Sun Alliance has faced strong criticism from a judge over how it recovers the cost of repairs to vehicles that are insured with it and damaged in accidents.

Judge Platt found that Royal and Sun Alliance has used a subsidiary company which receives the invoice for the repairs carried out and then inflates the charges to increase profits.

Royal and Sun Alliance has denied that it has acted inappropriately.

But Judge Platt says that he has found evidence that the subsidiary company has inflated labour costs and mage other charges that it is unable to account for before passing the cost onto the insurance company of the driver who caused the accident.

The process should normally work in this way. After an accident, the victim’s insurer will arrange for the damaged vehicle to be repaired by a garage and then send the bill to the perpetrator of the accident’s insurance company to settle.

However, Judge Platt found that with RSA Insurance, the invoice received after the repairs have been carried out is passed onto its subsidiary, RSA Accident Repairs Ltd, which then sends a further bill to the insurance company of the driver that was at fault.

Judge Platt has said that he has found evidence that some of the invoices are inflated with additional charges added by RSA Accident Repairs Ltd. Insurers are not supposed to make a profit from repair work.

Some insurers are disputing these charges and refusing to pay. They claim that RSA Insurance is adding its own charges that cannot be justified. RSA is then taking these companies to court to try and get the bills paid.

One estimate from a district judge says that over 100 cases involving disputed RSA insurance bills are arriving at County courts every week.

The case that Judge Platt cited when making his criticisms was published on September 2nd and was heard at Romford County Court and involved RSA Insurance trying to recover £1,825 from another insurer. However, Judge Platt says that the hourly rate charged on the invoice was increased from £36 to £39.50 per hour without any explanation for the amendment. Further charges were added without any reason as well.

RSA Insurance said that it was limited as to what it could say in response as it was referring the case to the High Court.

Judge Platt said that this type of action, if upheld in the court ruling was against the public interest. He said: "If RSA Insurance is correct in its argument there is nothing to stop every insurer adopting the same procedures which, if this case is a typical example, will lead to an overall increase of some 25% in the cost of minor motor repair claims. That cannot be in the public interest."

Use the Myfinances.co.uk comparison tables to find the best deal on car insurance.