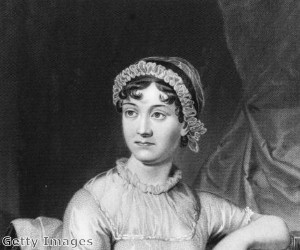 Jane Austen will be the image on the new £10 note

The new Governor of the Bank of England, Mark Carney, has announced that Jane Austen is to be the new face on the next £10 UK bank note.

The decision will ensure that there is not an absence of women on UK currency.

Mr Carney said: "Jane Austen certainly merits a place in the select group of historical figures to appear on our banknotes. Her novels have an enduring and universal appeal and she is recognised as one of the greatest writers in English literature.

"We believe that our notes should celebrate the full diversity of great British historical figures and their contributions in a wide range of fields. The Bank is committed to that objective, and we want people to have confidence in our commitment to diversity. That is why I am today announcing a review of the selection process for future banknote characters," added Mr Carney.

The review will be completed by the end of the year and overseen by the chief cashier Chris Salmon, whose signature appears on UK banknotes.

On Twitter, the Chancellor, George Osborne wrote: "Mark Carney's choice of Jane Austen as face of £10 note is great. After understandable row over lack of women, shows sense and sensibility."

The previous governor, Sir Mervyn King said in his last appearance before the Treasury Select Committee (TSC) in June that Jane Austen was "quietly waiting in the wings" to replace Charles Darwin on the next £10 note, probably in 2017.

Sir Mervyn said: "The concern, and I understand it, is it that we might find ourselves in a position where there are no women in the set of historical figures. That's not true."

It had previously been announced that Sir Winston Churchill is to replace Elizabeth Fry on the next edition of the £5 note in 2016.

There were concerns that this would leave the UK without a female figurehead on its currency notes.

This led to a high profile campaign, where protestors dressed up as British historical characters such as Emily Pankhurst and warrior queen Boudicca held a protest outside the Bank of England in Threadneedle Street, London.

They handed in a petition signed by 35,000 people to Mr Carney in his first week in charge at the central bank, prompting Mr Carney to say that a final decision would be made and announced later this month.

The leader of the campaign, Caroline Criado-Perez said: "We warmly welcome this move from the Bank and thank them for listening to us and taking such positive and emphatic steps to address our concerns," she said.

"To hear Jane Austen confirmed is fantastic, but to hear the process will be comprehensively reviewed is even better.

Today’s announcement means that there will only be one year when new notes that are printed don’t include a female historical figure apart from the Queen.

Jane Austen is the author of literary classics such as Sense and Sensibility and Pride and Prejudice and had previously been the reserve candidate when Sir Winston Churchill was chosen to be the image for the new £5 note.