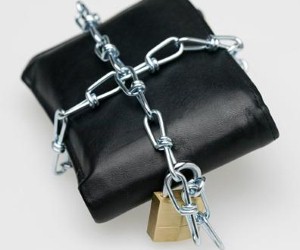 Ernst & Young’s ITEM Club’s latest report on the UK economy predicts that the UK will avoid a double-dip recession but that companies need to start spending some of the cash they have been hoarding to help the economy grow in a meaningful way.

The ITEM Club report says that the economy will grow minimally for the rest of 2012 unless big business releases the shackles on spending and investment.

The report forecasts that the UK economy will grow by just 0.4 per cent in 2012 and by 1.5 per cent in 2013. This is below the level forecast by the independent Office for Budget Responsibility (OBR) of 0.8 per cent and two per cent respectively.

The Item Club report says that central banks can only do so much to prepare the ground for revitalizing the economy and that the Bank of England, through its programme of quantitative easing and by keeping interest rates down, has set up conditions that have contributed to the UK not slipping back into a double-dip recession.

The report suggests that the cash held by private non-financial companies is now worth around £750 billion, 50 per cent of total GDP, but that business investment only increased by 1.2 per cent last year.

Peter Spencer, chief economic advisor to the Ernst & Young ITEM Club said: “The UK has so far avoided the dreaded double dip, but a lot still hangs in the balance. After three business-friendly Budgets and more tax cuts in the pipeline, it’s now up to corporates to play their part in the UK’s recovery.

. “Business investment has picked up nicely in the US but UK companies remain extremely risk averse, which is sapping strength from the economy.

“Until these companies stop stashing the cash and start increasing levels of investment and dividends, the economy will remain on the critical list.”

The report said that both China and Germany had a similar scenario with businesses holding plenty of cash but not spending it.

The report said that unemployment in the UK is likely to increase to close to three million before falling back in 2013.

The ITEM Club said that UK households are still going through a serious squeeze on income and remain under intense pressure as the public sector cuts that form part of the government’s austerity programme have yet to be fully implemented.

However, UK exports are strong and should contribute to increased activity in the economy and to a positive increase in GDP over the coming months.

Mr Spencer said: : “With UK consumers still struggling to make ends meet and domestic demand in the doldrums, exports are helping to keep the UK in positive territory. A 0.3% contribution to GDP might not sound a lot, but this will increase as international markets continue to improve.”