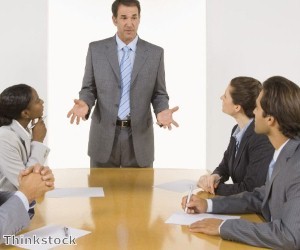 A new report published by the Ernst & Young ITEM Club warns that investment by UK businesses is lagging behind its competitors and that it won’t return to pre-recession levels until at least 2015.

The report says that investment by UK corporate companies is still 15 per cent below the level it was at before the financial crisis of 2008, twice the level of the United States and Germany.

The ITEM Club has called on the government to create the conditions to encourage more investment as a way of helping the economy recover. It wants the Comprehensive Spending review to be bought forward o that businesses have greater clarity over the next phase of public sector spending cuts.

“The fundamentals are all in place, but a lack of corporate confidence is holding back major spending decisions and is now hampering UK growth and the rebalancing of the economy. There’s a risk that a lengthy period of under investment could also damage the supply side of the economy and reduce our productive potential.”

The ITEM Club points out that the recovery in business investment has been much slower than after previous recessions. It says if the bounce back had followed the trend seen after the 1979 recession then GDP would now be 1.2 per cent higher.

The IFS says that this trend is not necessarily due to a lack of finance because corporate companies have high levels of cash but more to do with a lack of clarity from the government over its plans for the economy which would create an environment to encourage businesses to invest.

The report suggests that it is low business confidence that is discouraging firms from investment. This means that firms are happy to hire more staff but are reluctant to commit to major capital spending projects.

Mark Gregory, Ernst & Young’s chief economist commented: “Business confidence has been undermined by poor economic growth at home and abroad, and the threat of shock waves from Europe and the US fiscal cliff. Rather than committing to irreversible investment decisions, corporates are increasingly choosing to take on new staff or extend working hours in order to meet any increase in demand."

The report says that business investment has the potential to be a “game changer” for UK growth but not until corporate confidence improves.

Concluding, Mr Gregory said: “Government has a key role to play. Bringing forward the Comprehensive Spending Review and establishing a clear strategy in areas that define the long term economic landscape, such as energy, transport and environment, will provide a more certain framework against which businesses can evaluate their options.

“However unless corporates also step up to the plate, there is a very real risk that the recovery will continue to disappoint and the Government’s austerity plan will be knocked further off course.”