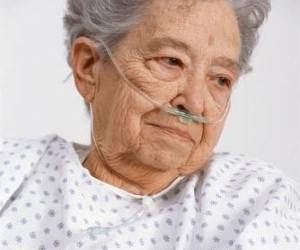 A £20,000 ‘insurance policy’ could end the “cruel lottery” of long-term health care, the government has said in its green paper.

The current system is seen by many as unfair, with elderly people sometimes forced to sell their homes to pay for care.

“We need a care system that people can rely on, that doesn’t penalise their prudence, and ends the cruel lottery that punishes people who have dementia, as opposed to, for example, cancer.”

Under current rules, anyone who has more than £23,000 in assets receives no state help if they have to move into a nursing home.

The first is a partnership model, where the government will offer to pay either a third or half of all the healthcare costs, with the proportion depending on the ability of the patient to pay. This would cost the patient between £20,000 to 25,000, the government predicts.

The other two models are based on an insurance policy – either a voluntary payment, or a compulsory payment.

This could be paid in a lump sum, through instalments or taken from an individual’s pension, ministers said.

However, the proposal to use insurance as a way of funding the system is likely to be unpopular, according to a survey from Saga.

Only 21 per cent of those surveyed preferred an insurance policy approach, while the alternative strategy of a one-off payment at retirement or death to pay for care was only supported by six per cent.

Emma Soames, editor-at-large of Saga Magazine, said: “The current system for the provision of care and support is widely accepted as being outdated and in many cases grossly unfair.

“Saga’s research, however, clearly shows that the funding proposals debated so far are receiving a decidedly cool reception amongst over 50s.”