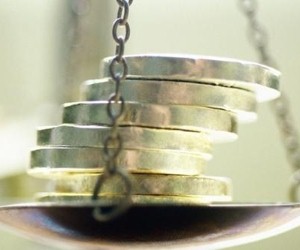 There was no change in the rate of inflation in March with the consumer prices index (CPI) measure of inflation staying at 2.80 per cent for the 2nd consecutive month, according to official data from the Office for National Statistics (ONS).

The ONS said the largest upward pressures on inflation came from price rises in books, news and stationery with downward influences on inflation from fuel and meat.

The ONS said that in the last six months the rate of inflation has been particularly stable compared to the highs and lows seen over the preceding few years. Inflation was at 2.7 per cent from October until January, before edging up to its current level.

CPIH, the new measure of inflation that includes owner occupier housing costs remained at 2.6 per cent. The ONS currently sees this measure as an experimental statistic. The reason the rate is lower is because housing costs are rising at a slower pace than other goods and services that make up the basket of goods used to measure inflation.

Experts predicted that inflation might have risen from 2.8 per cent as retailers cut prices and introduced further discounts in a bid to win custom.

Howard Archer, Chief UK & European Economist at IHS Global Insight said: “We expect consumer price inflation to have been pushed up further in March primarily by reduced discounting by retailers.”

However, Mr Archer believes this month’s figures could be a temporary reprieve with the weakness of sterling likely to be a factor in pushing inflation above three per cent, where it could stay for much of 2013.

Mr Archer said: “Consumer price inflation seems highly likely to rise modestly above 3.0% during the second quarter and stay there for much of 2013. Sterling’s weakness, still elevated food prices and higher energy charges will maintain upward pressure on inflation.

Inflation should begin to fall in October 2013 when the impact of the university tuition fees hike falls out of the figures.