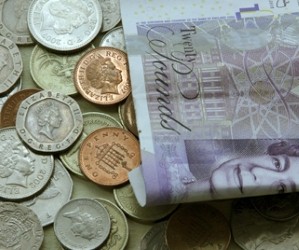 Inflation fell to a four-year low in December 2013

Inflation has fallen to the government’s 2.0 per cent target for the first time in more than four years.

The consumer prices index (CPI) measure of inflation fell to 2.0 per cent in December, down from 2.1 per cent in November, according to the Office for National Statistics (ONS).

It means inflation has fallen from 2.9 per cent in June to 2.0 per cent in just six months.

The news will be welcomed by the government as well as the Bank of England as the cost of living is likely to be one of the key battlegrounds of next year’s General Election.

The fact that inflation is now at its target and for the time being under relatively tight control makes it easier for the Bank of England to justify keeping interest rates at their record low level of 0.50 per cent.

Howard Archer, Chief UK & European Economist at IHS Global Insight said: “Near-target inflation facilitates the Bank of England keeping interest rates down at 0.50% where we believe they are highly likely to stay through 2014 despite current rapidly falling unemployment.”

The fall in inflation also provides some respite for households battling the rising cost of living, though inflation is still more than double the average annual increase in earnings.
Mr Archer added: “This eases the squeeze on consumers’ purchasing power, which is helpful to growth prospects.

“Nevertheless, the squeeze on consumers’ purchasing power remains significant that inflation at 2.0% in December is still running at essentially double average annual earnings growth of 0.9% in the three months to October.

“While earnings growth seems likely to pick up over the coming months, the increase will most probably be gradual so it could well take to mid-2014 before earnings growth finally overtakes CPI.”

The biggest contributory factor to the fall in inflation was a drop in the prices of food and non-alcoholic beverages and recreational goods and services.

The fall in the cost of these areas was partially offset by a rise in motor fuels. The increase in energy prices in December was slightly bigger than the increase the year before, meaning energy costs also pushed up inflation to a small degree.

Looking ahead, Mr Archer expects inflation to hover around 2.0 per cent and “periodically” dip below that level and “it reinforces our belief that interest rates are going nowhere in 2014 despite the unemployment rate now looking poised to get down to 7.0% in the first half of this year.”