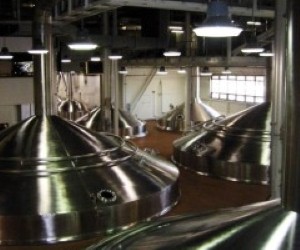 Industrial output grew by 1% in February

There was mixed news for the UK economy today as official figures showed that industrial production grew by one per cent in February but the UK’s trade deficit widened by £9.4 billion.

Hopes of an export-led recovery appear even more unlikely today after the Office for National Statistics (ONS) said that the UK’s trade deficit widened by £9.4 billion, above the £8.5 billion penciled in as an estimate by the City.

It had been hoped that the weakness of sterling which has fallen by almost seven per cent since the start of the year would help benefit British exporters.

Total exports excluding oil fell by 1.2 per cent from January to £24.1 billion. Bucking recent trends the majority of the fall came to non-EU countries with exports to the United States down by £330 million. Exports to both France and Germany were up. Imports increased by 2.7 per cent to reach £29.7 billion.

Howard Archer, Chief UK & European Economist at IHS Global Insight said: “It was notable that exports of UK traded goods fell by 4.7% month-on-month to non-EU countries in February while they were up by 0.6% to EU countries. This highlights the fact that the UK’s largely disappointing trade performance cannot be put down just to the weakness in Eurozone domestic markets.”

The overall trade deficit, including data from the service sector showed an increase from £2.5 billion in January to £3.6 billion which will provide a mild negative factor when the first quarter GDP figures are put together by the ONS later this month. The first estimate is due on April 25th.

However, balancing out the disappointing trade deficit figures was a one per cent rise in industrial production in February, almost cancelling out the 1.3 per cent fall seen in January.

Mining and quarrying output went up by 2.8 per cent and manufacturing output was up by 0.8 per cent. Coupled with the clear growth seen from the service sector in the first three months of the year, most economists believe the UK will just about manage to eke out some growth in the first quarter and avoid falling into recession for the third time in five years.

Mr Archer said: “It remains to be seen whether February’s better-than-expected rebound in manufacturing output heralds the start of at least modestly improves fortunes for the sector after a pretty torrid 2012 and difficult start to 2013.”

The economy shrank by 0.3 per cent in the final quarter of 2012, with a fall in industrial output one of the main contributing factors.

Although all the sectors showed some growth for the first time since July 2012, industrial output is still at the same level as it was in September 2012.

However, the overall picture looks to be the same as was seen in 2012, that the economy is still essentially flat, neither growing nor contracting and is still almost three per cent down on the level of activity seen in 2007 before the financial crisis.