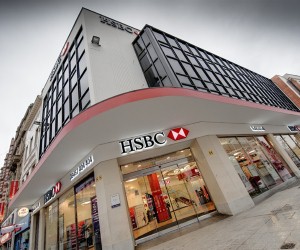 HSBC has unveiled a new 5-year fixed rate mortgage at 2.49%

HSBC has unveiled a new five-year fixed rate mortgage deal at 2.49 per cent for borrowers with a 40 per cent deposit.

The move by HSBC comes as a number of competitive long-term fixed rate mortgage deals are released by different lenders.

It is the first time that a five-year fixed rate mortgage has been available at under 2.50 per cent.

Last week, the Yorkshire Building Society re-launched a 10-year fixed rate mortgage at a rate of 3.99 per cent for borrowers with just a 25 per cent deposit and the deal came without a product fee and just a £130 administration fee.

HSBC’s new product comes with a high fee of £1,999 and mortgage brokers are advising potential borrowers who have low mortgages to consider taking out a mortgage with a higher rate and a lower fee. The deal can only be taken out directly through the bank and not via a broker.

Early repayment charges start at five per cent in the first year and are reduced by one per cent each year.

Research from Moneyfacts shows that the number of five-year fixed rate mortgages released in the last year has increased by 73 per cent, compare to a 33 per cent increase in two-year fixed rate deals.

The data shows that the average rate attached to a five-year fixed rate mortgage deal has fallen so that the difference between rates for five and two-year fixed rate deals is now just 0.04 per cent.

Sylvia Waycot, Editor at Moneyfacts.co.uk, said: “Five-year fixed rate mortgages have traditionally been a bit too expensive to be the first choice for most of us, however, thanks to lenders enjoying cheap loans from the Government this is changing.

“Fixing your mortgage gives peace of mind from rate fluctuation and is also favoured as a means of household budgeting as you know from the outset what your payments will be for a set time period.”

The Funding for Lending Scheme (FLS) has led to the fall in rates but many lenders were raising fees to claw back some profit. However, there are recent signs, as with the Yorkshire’s deal, that competition is increasing and bringing down the cost of fees.

The HSBC is not suitable for everyone looking to remortgage because of the high fees. Borrowers with small mortgages may be better off with a mortgage deal with a slightly higher rate but a lower fee such as the Norwich & Peterborough’s five-year fix at 2.74 per cent for 60 per cent loan-to-value (LTV) borrowers which has just a £295 fee.

Andrew Montlake of mortgage brokers Coreco said: "Borrowers have become far more interested in five-year fixes this year as they really seem to be the value buy in the market at present.

"Whether five-year rates can go even lower remains to be seen but for those that are lucky enough to qualify for such a deal and want security of payments over the medium term, products such as these should be grabbed with both hands."