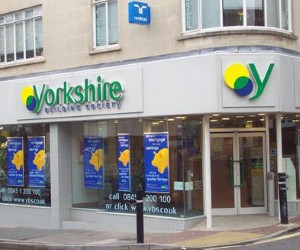 Two of the UK’s biggest lenders, HSBC and the Yorkshire Building Society have announced that they are pulling out of the interest-only residential mortgage market.

The only people who will be able to take out an interest-only mortgage with HSBC from the 24th March 2013 are its Premier bank account customers, which are only available to high-net worth customers who have savings or investments worth more than £50,000 with HSBC in the UK, or people with an annual income of more than £100,000 and who have a mortgage, life insurance or protection product with HSBC.

The two lenders chose budget day to slip the announcement out.

"The changes are being made ahead of the Mortgage Market Review (MMR), which is expected to treat interest only mortgages as a niche product offering when it comes into force in April 2014.”

The change in policy from the Yorkshire BS applies to all of its brands including the Chelsea Building Society, Accord Mortgages, Norwich & Peterborough and the Barnsley Building Society.

The two lenders are following the lead of both the Nationwide and Co-operative Group who stopped lending on an interest-only basis last year.

With an interest-only mortgage, borrowers opt to pay off only the interest on a mortgage and a repayment vehicle for paying off the capital at the end of the mortgage term is supposed to be in place.

Interest-only mortgages became increasingly popular through the 1990’s with endowment policies often being the method of repayment.

However, in the credit-fuelled decade up the time of the credit crunch when they accounted for a third of all mortgage sales in 2007 checks and repayment methods were often overlooked.

Many borrowers who opted for interest-only before the financial crisis are now unable to be accepted for a new repayment deal which means they are languishing on uncompetitive deals because house prices have fallen and many people are not earning as much as they used to and can’t get accepted for a remortgage deal.

It was ok for them in the years following the financial crisis when mortgage rates were falling and many carried on with interest-only mortgages on standard variable rate deals that were relatively cheap.

With negative equity affecting some and tighter lending criteria meaning more capital is required to remortgage interest-only has been dubbed a “ticking time-bomb.”

The Financial Services Authority (FSA) has said that unlike in the years leading up to the financial crisis, interest-only mortgages can only be offered if there is a credible repayment plan in place and homeowners cannot rely on property prices going up.

In the Mortgage Market Review, the FSA said in a statement: “Interest-only mortgages can be offered to anybody who shows they have a credible repayment strategy – but relying on rising house prices will not be enough.”