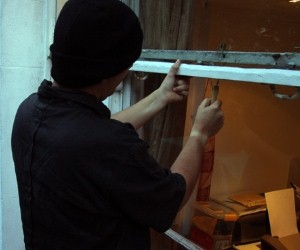 The warm summer is luring thieves

The warmest summer since 2006 has prompted insurance firms to warn about the dangers of leaving your home unsecure.

Open windows and unlocked doors provide an invitation for burglars during the hot weather and insurers are asking homeowners to check the security of their homes.

Tom Stringer, head of AA Home Emergency Response said: “Burglary is largely an opportunistic crime. When burglars look for houses to break into, they’ll pass by those that look too much of a challenge – with an alarm or security lighting, for example. They’ll often carry on until they find somewhere that looks an easy target, perhaps with windows and doors that can be quickly forced.

“For burglars, best of all are homes where doors or windows have been left open while the householder is doing a spot of gardening, perhaps using a mower, hiding any sounds the thieves might make. People enjoying a noisy barbecue may present an opportunity for thieves as well, as doors may well be left open.

In its research, the AA found that in a typical burglary, over £1,000 worth of goods are stolen, typically including laptops and other electrical items. However, the AA discovered that the cost of repairing damage to property during a burglary, with damage most often done to entrance points such as windows, doors and locks.

“The AA’s own home insurance claims data shows that burglaries are quite consistent year-round. People tend to think they’re more at risk in winter when burglars are tempted by Christmas presents and dark, early nights. But summer can present rich pickings too,” Mr Stringer added.

The AA said that most home insurance policies require the main exit door, normally the front door to be equipped with a five-lever mortice deadlock that meets BS3621. Insurers may offer discounts for additional security such as burglar alarms or membership of a local neighbourhood watch.

“The good news is that burglaries and other property crimes are falling – though of course that’s not much comfort to those who’ve already been affected,” Mr Stinger adds.

The AA offers the following ‘lucky 13′ tips to help keep your home safe: