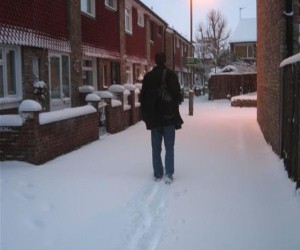 Homeowners are being warned to make sure their properties are prepared for winter weather over the coming few days.

The Met Office has issued a level-3 weather warning for the first time this winter which means homeowners need to make sure they are protected from potential problems such as frozen pipes and boiler breakdowns.

Last winter it is estimated that three million people suffered damage to their properties caused by freezing temperatures. Insurance companies reported that the most common claims were for damage to roofs (35 per cent), frozen or burst pipes (31 per cent and failure of central heating systems (16 per cent).

Stuart Curson, head of Direct Line home insurance, said: "As the last two winters have demonstrated, bad weather can cause serious damage to property, as well as enormous stress to homeowners. Whilst this winter has proved mild so far, the current weather predictions should ring alarm bells for many householders.

Across the UK, just 50 per cent of Londoners had carried out the required maintenance checks before the onset of the predicted big freeze, whilst 71 per cent of Northern Ireland residents had made some preparations.

"In addition to checking that your insurance covers the cost of emergencies, taking a few simple actions such as lagging pipes and keeping your home well maintained will go a long way to limiting the damage winter weather might cause,” added Mr Curson.

Before the winter weather arrives you should:-

Lag your pipes
Know where your stopcock is
Insulate your home
Service your boiler
Repair any dripping tap
If you go away, set the heating to 15 degrees to keep pipes from freezing
Open your loft trapdoor so warm air can circulate to keep your attic pipes warm
Drain your system if you go away for a longer

During the winter weather you should:-