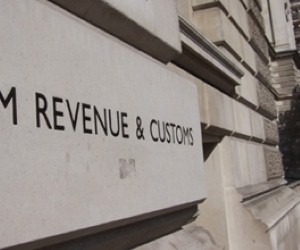 HMRC has been criticised by Labour for it's tax evasion project

It has emerged that only one of the 20 most-wanted fraudsters and tax evaders in the UK has actually been caught.

Even though HM Revenue and Customs (HMRC) published the names and photographs of 20 individuals, which have allegedly cost taxpayers millions of pounds, 19 of them still remain uncaught.

HMRC has defended the operation stating that it currently has intelligence on 17 suspects, while an extra ten faces have now been added to the lineup, even though the Labour party has billed the project as a "huge failure".

The Chancellor, George Osborne said: "The message to people who evade their taxes is very clear: we are coming to get you and we will catch you."

But shadow Treasury minister Catherine McKinnell said: "At a time when families are facing a cost-of-living crisis, it's even more important that everyone pays their fair share of tax. The government needs to do better,"

The only individual that has been convicted is John Nugent, who was caught in the US after overstaying on a tourist visa, and then was sentenced to four-and-a-half years in prison in May (2013).

However, the Donald Toon, HMRC director of criminal investigation, said that the gallery was a cost-effective way of bringing in new information about tax cheats.

George Osborne said: "Tax fraud and evasion are illegal and will not be tolerated. Millions of hard-working people pay their taxes and it is they who are being defrauded. The government has stepped up HMRC's enforcement activities to enable them to pursue tax cheats relentlessly around the world."

However, the shadow Treasury minister Catherine McKinnell has criticised the scheme. The project has been accused of simply using the gallery as a way to promote the government's opinion on tax evasion, rather than being used as a tool to actually catch the suspects.

The new list of individuals include those who have been accused of tax evasion, money laundering and VAT fraud. HMRC is now looking for these individuals and has appealed for anyone to come forward who could help. Anyone with useful information should contact Crimestoppers. Their pictures are published on the HMRC's flickr channel here.

It is estimated that the 30 individuals identified have cost the Exchequer around £600 million in lost tax revenue.