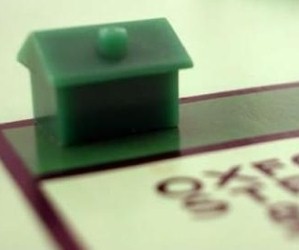 House prices fell for the first time in 11 months in December, according to the latest Halifax house price index (HPI).

Halifax also revised down November's initially reported 1.1 per cent rise to 0.9 per cent.

The monthly data contrasts sharply with Nationwide’s HPI which said that prices went up by 1.4 per cent in December and highlights the volatility of monthly survey data.

Howard Archer, Chief UK & European Economist at IHS Global Insight said: "It is always best to try and look at the overall story. While surprising, the 0.6% drop in house prices reported by the Halifax does not fundamentally change the story of a markedly improving housing market and appreciably firming prices.”

Halifax said it expected house prices to rise by a similar amount in 2014, to go up by between four and eight per cent nationally.

House prices in the UK have been bolstered by the improvements in the economy, rising consumer confidence, greater job security and government schemes to help boost the housing market over the last 12 months.

"Mounting signs that the economic recovery is becoming firmly established, together with a predicted decline in unemployment, should further boost consumer confidence over the coming months. This will increase the likelihood that more people will consider buying a property in 2014, therefore supporting housing demand.”

Last week, the Nationwide said that house prices went up by 8.4 per cent in 2013.

Halifax said that in the final quarter of 2013 house prices went up by 1.9 per cent, similar to the range of 1.8 to 2.1 per cent seen in the previous six months.

The lender reported that housing activity improved in 2013 and it was likely that the year would be the first since 2007 in which the number of transactions exceeded one million.

Matthew Turner, director of Astute Property Search, said: "The drop-off in prices seen by the Halifax in December contrasts sharply with the Nationwide but the quarterly change is far more representative of the market as a whole.

"The overall picture painted by both the Halifax and Nationwide is of a recovering economy that will further support the market during 2014.

"What's not in doubt, and what the Halifax references, is that transaction levels have picked up significantly.

The latest Halifax Housing Market Confidence Tracker found that the proportion of people thinking it would be a good time to sell in the next 12 months was higher than the amount who think it would be a bad time to sell by 51 to 39 per cent, creating a balance of +12, a big improvement on the balance of -6 just four months ago in September.