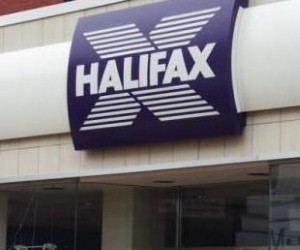 House prices rose by 0.6 per cent in the final quarter of 2012, according to the latest house price index from the Halifax.

In a further sign that the poroperty market is improving Halifax said that its Hosuing Market Confidence Tracker stood at +20, the highest balance of people who expect house prices to rise in 2013 than fall since the index started in April 2011.

However, Halifax said that it believes there will be little change in house prices in 2013 as the uncertain economic conditions continue to keep the demand for moving home constrained.

Prices rose in the three months ending in December 2012 compared to the previous quarter from July to September and this was the first quarterly increase for six months since May 2012. This means the average UK home is now valued at £163,845.

Martin Ellis, Halifax housing economist, said: "There was evidence of a firming in the housing market in the final few months of 2012. Prices in the three months from October to December were 0.6% higher than in the preceding three months. This was the first increase in this measure of the underlying trend for seven months.”

House prices were down 0.3 per cent compared to the final quarter in 2011 but this annual comparison was an improvement on the last few months and was the lowest annual decline since May 2012.

Halifax said that the UK property market appears to have picked up a little in the second half of 2012, with 75,000 house sales recorded in July rising to 80,000 in November, with sales up by two per cent on this time last year.

Mr Ellis added: "We expect continuing broad stability in house prices nationally in 2013 with prices likely to end the year at levels close to where they begin."

However, the report warned that “subdued economic growth, sustained high unemployment and pressures on household finances will constrain housing demand.”

On the other hand the Halifax noted that mortgage costs in relation to income remain low and should support house prices in 2013.

The balance of +20 is the highest level recorded since the survey began in April 2011 and shows a significant increase since the last survey in October when the reading was +15.

Howard Archer, Chief UK & European Economist at IHS Global Insight said: “We doubt that the second successive marked increase in house prices reported by the Halifax marks the beginning of a sustainable significant firming of prices.”

Mr Archer believes house prices will be relatively flat in 2013. He said: “Taking an overall view, we believe that house prices are likely to be broadly flat over 2013 as extended low interest rates and the likely increasing beneficial impact of the Funding for Lending Scheme in supporting mortgage lending counter still difficult economic conditions.

“We suspect that any significant, sustainable turnaround in house prices is still some way off, and is unlikely to occur in 2013.”