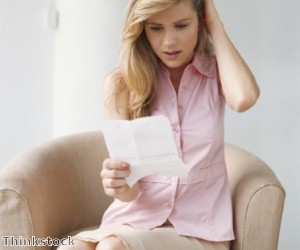 Payday loans can be a short-term debt solution

A new report suggests that around half of people who take out payday loans are happy with the service they receive.

Despite being referred to the Competition Commission by the Office of Fair Trading (OFT) and being dubbed “legal loan sharks” by MPs. A new poll by comparison website uSwitch said that 49 per cent of people who have taken out payday loans described the experience as “positive”.

With borrowing from traditional lenders hard to secure for consumers with a poor credit history, a quarter of the 11 per cent of Brits who have taken out a payday loan said they did so after being turned down by traditional lenders.

Payday loan firms have increased their business as households have struggled with higher bills, increasing inflation and lower wage increases. Uswitch said the downturn meant that 27 per cent of people have been forced to borrow money to cover essential living costs.

Michael Ossei, personal finance expert at uSwitch.com, says: "Make no bones about it – the way that many payday lenders are currently operating is unscrupulous, unprincipled and immoral.

"But what is becoming clear is that, executed the right way, payday loans serve a purpose in helping many families bridge the gap between bill payment day and payday, at a time when living costs have risen 25% in five years.

“The need for short-term loans is escalating and those most in need of money, often with poor credit ratings, have been turned away from the banks and left to feel they have no other option.”

30 per cent of respondents said they would be happy to take out a payday loan again and 51 per cent said payday loans provided an important service that is not being offered by traditional financial firms.

Payday loans have been heavily criticised in recent years for astronomical rates of interest and because some firms target vulnerable customers and encourage borrowers to “roll over” loans leading to higher total repayments.

Following an investigation by the OFT, the sector was referred to the Competition Commission for investigation because the OFT found that lenders did not make loans affordable and often masked the true cost of taking out a payday loan. This has led to 15 of the 50 firms that made up 90 per cent of the market to close down.

The survey by uSwitch found that 18 per cent of payday loan borrowers found their problems got worse after taking out a loan and 29 per cent of people regret taking one out.

Russell Hamblin-Boone, Chief Executive of the Consumer Finance Association, which represents major short-term lenders operating in the UK, said: "Those who have first hand experiences with short-term loans find borrowing a small sum for a short time a safe and convenient way to use credit, however people who don't use these loans tend not to like them.