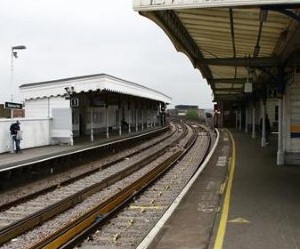 Transport Secretary Justine Greening has admitted that rail passengers will have to foot the bill for the Government’s £9.4 billion overhaul of the railways.

The proposals, described by the Prime Minister as the biggest investment in the rail network since the Victorian era, would include electrification of the Midland Main Line and the Great Western Line from London through to Swansea.

There would also be an extension of the pre-announced electrification between Manchester and Leeds, along with upgrades to the East Coast Main Line from London to Leeds and Newcastle.

Ms Greening said the money would be spent to create a more cost-effective system for users in the long run – but she acknowledged that the public would have to pay higher rail fares in the meantime.

She told the BBC: “Affordability is absolutely key because, of course, if people can’t afford to go on the train then that is the last thing we want for an affordable train system.

“There is obviously no money tree, so we have to get the money from somewhere. For the time being, passengers will pay. Over time we will tackle that inefficiency.”

Train fares are set to rise by three per cent above inflation in January 2013 and January 2014.

The five-year plan, which would see work taking place from 2014 to 2019, would also include reopening of the east-west link from Oxford and Aylesbury to Milton Keynes, electrification of the Manchester to Liverpool, Blackpool and Leeds routes and upgrades to stations and tracks.

Ms Greening said that by the time the work ends, it is hoped that three-quarters of rail journeys will take place on electrified trains.