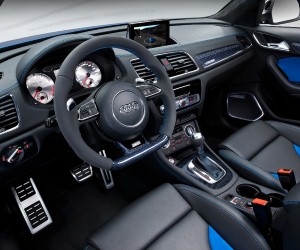 The Government has vowed a clampdown on uninsured drivers while encouraging the expansion of telematics or ‘black box’ installation in a bid to slash cut spiralling car insurance costs.

In response to the transport select committee’s report, the Cost of Motor Insurance, the Department for Transport (DfT) also said it will work with the motor industry to cut the number and cost of whiplash claims which have been accused of pushing up premiums.

“The cost of insurance is an important issue with significant economic and social impacts for all motorists, especially for young drivers,” the follow-up report stated.

The Department said it supports a ban of referral fees in personal injury cases and an extension of the threshold for claims in the road traffic accident (RTA) personal injury claims protocol from the current £10,000 to £25,000.

This will bring further personal injury claims related to road traffic accidents into the scope of the protocol, so the fixed legal costs will apply.

The Prime Minister and Secretary of State for Transport met with the insurance industry at a Downing Street summit in February and a follow-up meeting is planned for later in the spring.

The Co-operative said today that it welcomed the Government’s commitment to improving road safety for young drivers and to encouraging the growth of telematics.

Grant Mitchell, head of motor insurance, said: “We have already seen a 20 per cent reduction in car accidents among motorists with our Young Driver telematics insurance as well as a 30 per cent drop in the cost of their claims in the year since we launched our scheme.

“This in turn has meant that we have been able to pass on major savings to thousands of motorists, with average premiums of £1,200 – around half the industry standard for young drivers.”