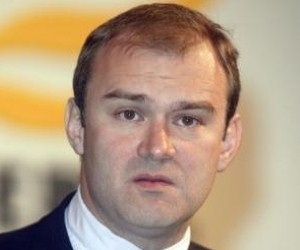 The government says that its energy policies will mean that UK households will pay 11 per cent or £166 less for their annual utility bills than they would have without the policies.

A new report by The Department of Energy and Climate Change (DECC) says that even though the government’s energy policy will see household bills rise initially but fall by 11 per cent by 2020.

According to the report the average cost of  a household's annual dual fuel bill would be expected to be £1,496 by 2020, but with the government's energy saving policies it is predicted to be £1,331.

However, this analysis of the report is being disputed by the Energy Intensive Users Group who say that the effects of the government's climate policies and compensation measures in helping offset energy costs are limited.

Jeremy Nicholson, Director at the Energy Intensive Users Group said: “The spin from DECC is that energy price rises are due to increases in the ‘global’ price of gas (although UK/EU wholesale gas prices are currently three times as expensive as in the USA). However, their own analysis suggests little increase of any significance is expected in the wholesale price of gas or the underlying cost of electricity generation and that projected increases in prices are almost entirely due to climate policies.”

DECC says that although the initial cost of investment has pushed up bills, the impact of the energy saving measures will work to cut bills over the next seven years.

However, critics argue that the figures quoted rely on the wholesale price of gas remaining the same, which is unlikely.

However, Audrey Gallacher, director of energy at Consumer Focus said: "Consumers have had to weather any number of energy price storms over recent years, and although the cushion effect set out by DECC is welcome, consumers need something more substantial to soften the impact of continually rising energy prices."

The government has also warned energy companies that the recent cold snap must not be used as an excuse for them to raise prices.

Energy and Climate Change Secretary Ed Davey said: "This is a market, so when there is lots of cold weather in north-western Europe, naturally the gas market becomes a bit tighter, there is more competition for the gas and because we have a market, the price goes up a little bit.

"But over a year, because we have probably the most diverse, most well-traded gas market – arguably in the world – our gas prices are on average through a year lower than the big EU 15 countries.

Presenting his department’s new study, Mr Davey said: "Global gas price hikes are squeezing households. They are beyond any government's control and, by all serious predictions, are likely to continue rising.

"We are doing all we can to offset these global energy price rises, and while we have more to do, this new study shows our policies are putting a cushion between global prices and the bills we all pay."

The second highest cost comes from network costs, transport and distribution costs which make up 20 per cent or £257 of the overall bill.

DECC say that government policies on energy and climate change add nine per cent or £112 to the average dual fuel bill. Of this amount, £30 goes on renewable energy policies, including £9 each on on-shore and off-shore wind.

The government says that over half of the energy and climate change policy costs contained in household bills are spent on ways to help people in fuel poverty and to increase energy efficiency.

However, Caroline Flint, shadow energy and climate change secretary, said: "The government's underhand attempt to mask the real impact of its policies on families' energy bills is shameful.

“Instead of cooking the books to trick people into thinking their energy bills will be lower, ministers should get behind Labour's plans to overhaul the energy market and deliver fair prices for the public."

However, the government was forced to admit that the impact of its energy policies was more severe for businesses. Medium business users face energy costs that are on average 21 per cent higher due to energy and climate change policies, with this figure expected to rise to 22 per cent by 2020.

Mr Davey said: "The picture for business is less positive, which is why our new proposals to exempt and compensate the most energy intensive industries from certain policy impacts is crucial. Nothing would be gained from forcing industry, jobs and emissions abroad."

Steve Radley, policy director at EEF, the manufacturers' organisation, said: "This is a wake-up call. Policies are already adding 30 per cent to business electricity prices, and this will rise to 50 per cent by 2020 and 70 per cent by 2030.

"Measures to shield the most energy-intensive industries from a portion of the costs will make a difference but, unless we get a grip on spiralling policy costs, steeply rising electricity prices for the rest of the sector risk making the UK an increasingly unattractive location for industrial investment and undermining efforts to rebalance the economy.”