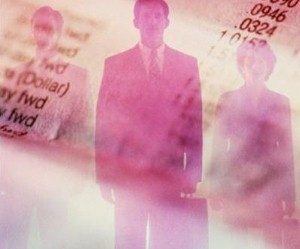 The UK economy grew by 0.6 per cent in the second quarter of 2013, according to official data published by the Office for National Statistics (ONS) on Thursday.

The Cancellor, George Osborne, said the figures showed the economy was moving from "rescue to recovery" as he toured UK businesses operating nightshifts across the country.

Mr Osborne hailed nightshift workers as "the unsung heroes of the economy".

He said: "Millions of Britons work late shifts, work nights they provide the service that we take for granted in the morning. And they are the unsung heroes of the British economy and our economic plan is going to help these hard working people as we move from rescue to recovery."

The first estimate only includes data on the output side of the economy, and does not include details of consumer spending. The services sector contributed 80 per cent of the GDP increase, 0.48 points out of the 0.60 per cent increase. It is now just 0.2 per cent below the peak level of output recorded in early 2008.

However, the improved economic perormance was broad-based, covering all sectors of the economy. Even so, the UK, unlike other developed economies including the United States and Germany is still some way away from regaining the economic output lost during the downturn.

The ONS confirmed that from the UK economic peak in the first quarter of 2008, the economy contracted by 7.2 per cent. The ONS said it is still 3.3 per cent below its peak and is unlikely to get back to the peak level until 2015. Just over half of the lost output has now been recovered.

Because of the increase in population, output per person in the UK has hardly increased at all in the five years since the financial crisis. The ONS said that GDP per capita remains around seven per cent below the level it was in 2007.

The increase of 0.6 per cent between April and June was widely predicted by economists and doubles the level of growth seen in the first three months of the year. It is the best performance by the UK economy since the third quarter in 2011.

It puts the rate of growth in the UK up above the level of almost all economies in the eurozone. Howwever, economists warned that the challenge now for the Uk is to maintain that level of growth through the rest of the year and there are still risks that could stop that from happening.

The Chancellor, George Osborne said on Twitter: “GDP stats better than forecast. Britain's holding its nerve, we're sticking to our plan, the economy's on the mend. But still a long way to go.”

The view that there is a long way to go was echoed by Marcus Bullus, trading director of MB Capital, who said: “0.6% is double what we had in the previous quarter but it still shows that the recovery is meek, not mind-blowing.

"The economy is on a stronger footing but there are still numerous challenges, not least from stubbornly high inflation and static or negative wage growth, both of which will inhibit spending.”

Shadow Chancellor, Ed Balls said: “After three wasted and damaging years of flatlining, this economic growth is both welcome and long overdue. But families on middle and low incomes are still not seeing any recovery in their living standards."

The ONS said that all four main areas of the economy, agriculture, construction, production and the services sector all posted increased performances compared to the first quarter.

The production sector contributed an increase of 0.08 per cent, thanks in part to an improved performance from the manufacturing sector.

The construction sector saw increased output of 0.9 per cent, compared with the first quarter, when construction output was at its lowest level for 12 years.

Howard Archer, Chief UK & European Economist at IHS Global Insight believes it is important that all sectors of the economy contribute to the recovery and that it is not just reliant on the services sector.

He said: “While the dominant services sector remains very much key to the economy’s performance, it is important that manufacturing and construction grow as well if the recovery is to develop and become broadly based.”

Chris Williamson of Markit said: "Prospects look good for a continuation of the recovery in the third quarter, with consumers and businesses both helping drive the upturn."

The first estimate of GDP includes data solely from the output side of the economy and the ONS said it includes 44 per cent of the total data.

Looking ahead, Mr Archer expects the economy to continue growing moderately through the rest of this year.

The financial markets did not react strongly to the news that had been widely anticipated. The pound fell in value slightly on the news.