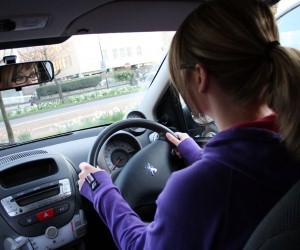 New ECJ ruling 'will impose a gender tax on women'

Yesterday's (March 1st) ruling at the European Court of Justice (ECJ) is effectively a "gender tax on women", marketing director of Confused.com Mike Hoban has said.

The ruling, which states that gender cannot be a factor in determining the prices of goods or services, will mean that women will no longer benefit from lower car insurance premiums than men.

These changes will come into effect on December 21st 2012.

According to Mr Hoban, this is tantamount to a gender tax on women and unfairly penalises females, who are statistically safer drivers.

"Gender is an important factor in determining the risk of a driver making a claim and by not taking it into account women are being unjustly taxed," comments Mr Hoban.

In light of a likely rise in car insurance prices, females should ensure they shop around for the very best deals he claims.

Recommending that women choose plans that closely reflect their mileage, he also suggests that people can save money by paying annually.

Yesterday, the British Insurance Brokers' Association remarked that because of the ruling, women's premiums could rise by as much as 50 per cent.

Use the Myfinances.co.uk comparison site to find the best deal on insurance