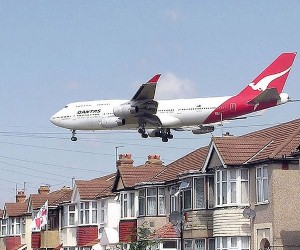 Which? reports flights are cheaper in midweek

Consumer champion, Which? has conducted a study into the cost of flying that reveals it is significantly cheaper to fly out of Britain on a Tuesday.

For outbound flights from the UK, Tuesday was the cheapest day to fly if you use the three biggest airlines in the UK.

The research found that flying home on a Sunday was the most expensive day to return home. Which? analysed 1,174 flights in September from three London airports looking at flights to three destinations, Dublin, Barcelona and Alicante.

The study also found that as well as there being cheaper days to travel, there are cheaper times of day too. The cheapest outbound flights sold by British Airways are before 07:30 in the morning but the most expensive time to leave the UK using EasyJet is between 05:45 and 11:00 am each day.

Richard Lloyd, executive director of Which?, said: "With household budgets squeezed, holidaymakers will want to make sure they are getting a good deal on their flights.

"We found that people can save a significant sum of money if they shop around and can be flexible, changing the day or time they choose to travel."