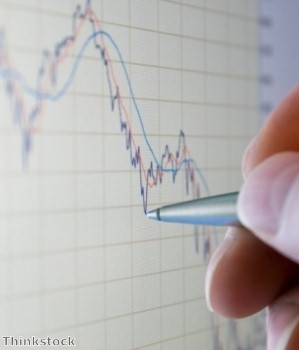 Selling an overseas property can be a complex process, with all sorts of factors and issues for vendors to take into account.

One of the most important considerations for savvy sellers should be exchange rates, for the simple reason that they could have a substantial impact on the eventual proceeds from the transaction.

Individuals who keep an eye on exchange rates and plan their sale accordingly could see a much bigger monetary benefit than those who pay little heed to the topic.

Read on to find out more about this financial mechanism and the impact it can have on property deals.

What are exchange rates?

Put simply, and as the name suggests, an exchange rate is the rate at which one currency can be exchanged for another. It effectively provides a value for one country's currency in terms of another.

It is a closely tracked and highly influential mechanism that can affect all sorts of people and organisations, from everyday consumers trying to get the most value out of their holiday money to investors and large companies doing deals overseas.

The potential impact of exchange rate fluctuations can be seen through a simple example. If the exchange rate between the US dollar and the British pound changed from $1.50 to £1, to $2 to £1 over the course of a British traveller's trip to America, that person could exchange £500 for $750 at the start of their holiday, but would only get £375 back for their $750 at the end.

Exchange rates can be affected by many economic factors, which operate alongside and influence one another to give an indication of the general health of a country's economy.

One issue is inflation, the measure of growth in the prices of goods and services in an economy. According to Investopedia, countries with historically low rates of inflation tend to enjoy better currency values than those with higher inflation, because their currencies have more purchasing power.

Another macroeconomic factor closely linked to exchange rates and inflation is the interest rate. Using the UK as an example, if the Bank of England decided to increase the interest rate, lenders would receive higher returns on the sums they lend. This would attract foreign capital and consequently impact the exchange rate.

The rate of exchange between different countries is also influenced by the state of a country's current account – the balance of trade between that nation and its trading partners. A current account deficit shows that the amount a country spends on foreign trade exceeds what it is earning, a trend that could lower the exchange rate.

Other influential factors include levels of public debt, political stability and the overall performance of the economy.

How does all this impact my overseas property deal?

The sums of money involved in an overseas property sale mean it is absolutely crucial for sellers to keep an eye on exchange rates and try to time their transaction to offer the maximum financial gain.

Taking some time to look into the factors listed above, following trends in exchange rates and keeping up with financial news will help you to stay fully informed, reducing the risk of any nasty surprises that could hit you in the pocket once a deal is underway.

It is also advisable to make the most of services offered by dedicated currency dealers such as Currency UK, through which you can transfer money back to the UK.

One of the biggest perks of going through a specialist company is 24-hour monitoring of exchange rates and the support and guidance of a currency expert.