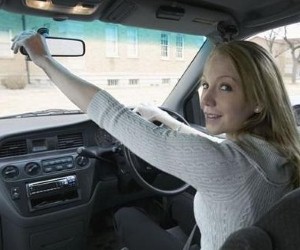 A new report shows that the difference in premiums between male and female drivers has now reached 41 per cent.

On average men pay £315 more for their car insurance than women.

However, the European Union gender ruling that makes it illegal to charge different premiums for men and women means that women will pay significantly more from December 2012.

Gocompare.com's head of motor insurance, Scott Kelly, said, "From 21 December insurers will be prohibited from using gender in their pricing.

“But, as our survey shows, there has been no equalisation of rates to date, so the introduction of unisex rates is likely to have a sudden and dramatic impact as insurers seem to be holding off until the last minute.”

The report shows that the current gender variance is even more pronounced for teenage drivers with males paying almost double than female motorists.

When the new gender ruling takes effect that enforces the equalization of premiums it is unlikely that male drivers will see much of a decrease in premiums.

The study began in January 2011 and showed a 37 per cent difference in premiums. If equalization had been introduced then female insurance premiums would have had to risen by an average of £282.

The difference grew over the year to reach 44 per cent in January 2012. At the end of August there was a 41 per cent difference in rates between the sexes.

Mr Kelly said: "Over the period of our ‘Gender Watch' study, premiums for both men and women have continued to increase and as a result the gap between the two has actually widened.

“We expect that the implementation of unisex rates at the end of the year will see premiums equalised at the higher male rate, rather than at the lower rate for females.  If that is the case, women drivers will see their premiums rise by just over £300 on average, but for younger age groups the increase could be as much as £2,000."

The good news for both sexes is that premiums have been falling in the four months to the end of August, down to an average of £1,090 for men and £775 for women.

Read more: How much will car insurance cost in 2012?