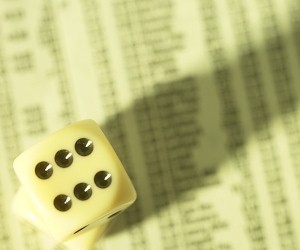 Banks have been making steady progress in the past two to three years and investors shouldn’t let emotions get in the way of their decisions following the Libor rigging revelations, according to the co-manager of Schroder Income.

In his latest Value Perspective article, Kevin Murphy wrote: “One of the fundamental points of value investing is to try to take emotion out of the investment process.

“The day Barclays’ fine was announced, the bank’s market capitalisation fell some £3.5 billion – more than 10 times as much as the fine. This was an emotional reaction by the market, which was essentially giving up on banks as almost uninvestable.”

He claimed that the intense political scrutiny appears to have been the “last straw for the market, which feels it cannot invest in banks because of the associated headline risk.

“But while headline risk can be deeply uncomfortable – for investors as much as for those making the headlines – it is unlikely to affect whether or not Barclays is a good investment.”

He added that banks are “not helping themselves” at the moment.

“Undoubtedly political and regulatory factors will extract a cost but it is very unlikely they will ultimately determine whether banks are a good investment,” according to Mr Murphy.

“As ever, that will come down to their fundamentals as businesses, their balance sheets and the valuations at which their shares are bought.”

Free guide to savings and investments