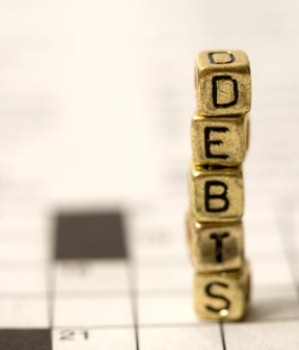 If you’re looking into ways of getting out of debt you’ve probably been hit with all kinds of complicated terms and financial jargon. There are so many options out there with their own legal terminology and special rules that it’s hard to know where to turn – and that only makes things harder when you’re trying to make such a big decision. To help you get to grips with the different options open to you, we’ve broken down some of the key terms in the world of debt solutions.

Bankruptcy – the legal status of individuals or partnerships that can’t pay off the debts that they’ve accrued. It has to be conferred by court order after a bankruptcy petition has been presented – normally debtors file the petition themselves, but creditors can also request proceedings against someone who has consistently failed to repay them. Once the order is made the bankrupt hands over their assets to a trustee, who has to use them to pay off the debt, as well as facing other restrictions on their financial activity for a set period of time.

Debt consolidation loan – a large loan taken out to pay off several other debts, leaving you with a single payment which is often more affordable. However, this usually means that you spend longer paying it back, and interest payments could mean you pay off more than you originally owed.

Debt Relief Order (DRO) – If you owe less than £15,000 and have very little spare income or assets, you can apply for a debt relief order. This type of order prevents your creditors from recovering what you owe them unless they have the court’s permission, as well as in most cases discharging you of your debts after 12 months. But during those months you’ll face some restrictions – and if your finances improve, the order can be removed.

Individual Voluntary Agreement (IVA) – a formal alternative to bankruptcy which is normally used to help with unsecured debt. It allows anyone struggling with debt to propose their own repayment plan based on their circumstances, which they present to their creditors through an insolvency practitioner. All those creditors then hold a meeting, at which a vote is taken to approve the plan. If the proposal is approved, you then enter into a contractual agreement with your creditors to pay back what you owe at a pace that fits the position you’re in.

Remortgage – a loan that can be taken out by homeowners against the value of their property. The funds are then used to pay off the old mortgage, which can leave extra cash for paying off other debts.

Settlement service – a service which offers to negotiate the settlement of your debt. Either by a lump sum or in instalments, you can ask creditors to accept part payment and then write off the balance of a debt through a specialist service – but they will take a fee which will be added on top.

Trust deed / Protected trust deed – a voluntary but formal agreement under Scottish law where a debtor can sign their estate over to a trustee, protecting them from debts being enforced through legal process. Many people who choose this option are able to keep their homes, but very often whatever equity is in the property will have to be released through remortgaging or other means.