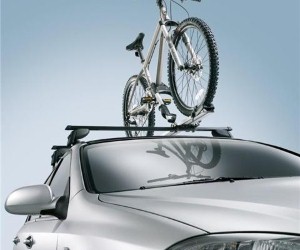 The Olympics led to a increase in the popularity of cycling

Although the Olympics may be a distant memory there’s no denying that many people are trying to keep the Olympic legacy going. Since London 2012 there has been a huge increase in the number of people taking up cycling and this is likely to continue.

However, as the number of bikes on the roads increases, unfortunately so will the number of bike thefts. Official figures show that bike theft rose by 7% last year, but this may not even show the true scale of the problem as a third of people who have their bikes stolen don’t report the thefts to the police.

Research by LV= home insurance, reveals that bike theft affects one in five UK cyclists and claims data shows that London is the top spot for having your bike stolen, closely followed by Bristol and Bournemouth.

There is also a booming bike ‘black market’ that is estimated to be worth £58 million. This black market is growing as a result of buyers turning a blind eye to the history of the bike they are looking to buy. Of the 79% of bike owners that would consider buying a bike second-hand, more than a quarter (27%) said they wouldn’t ask about the bike’s background – meaning that the actual black market is likely to be much greater.

Cyclists may be unwittingly making themselves a target for thieves by letting them know that they have bikes on their property. As research by criminologists for LV= shows that bike thieves say they look out for clues such as bike racks left on cars as this indicates that there may be bikes stored in the shed or garage.

With an average bike costing £220 and one in 20 (5%) victims having had three or more bikes stolen in the past, the cost of replacing the stolen bikes can really start to add up. The life expectancy of a bicycle is now just under two years, with a fifth (19%) of bike thefts occurring in the first six months of ownership.

A large number of bikes are stolen away from the home with one in three bike theft victims saying their bike was taken while they were out and about. Standard home insurance only cover bikes when they are in the home and not if it is stolen while the owner is out.

However, cycle cover usually needs to be added to a policy to include cover for theft away from the home, meaning many cyclists could be left out of pocket if their bike is taken. If you own a bike, it is worth checking with your insurer whether you have adequate insurance in place to give you peace of mind should the worst happen.