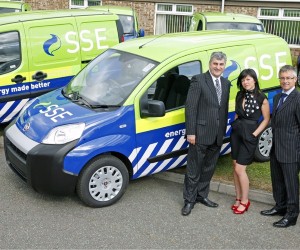 An independent customer satisfaction report compiled by uSwitch.com shows that customers’ views on the levels of service and value for money have fallen sharply in the past year.

"Consumers are never going to be happy with suppliers when prices have gone up, but the biggest worry to my mind is that customer service seems to have suffered too – only half of all energy customers are happy with their supplier's service and that is unacceptable.”

Cut the cost of your gas and electricity by switching

Increased costs were, unsurprisingly the biggest gripe for consumers and there was an eight per cent drop to 44 per cent of customers who would be likely to recommend their supplier.

Tony Keeling, Director of Customer Services at SSE said: “Choosing an energy supplier is an important decision for a household and this award gives our customers the confidence in knowing the energy to their home is being supplied by a company committed to improving transparency in all areas of energy supply, simplifying tariff choices and ensuring better customer service and fair deals for all customers."

A spokesperson from npower said: We're committed to putting our customers first and continually improve our service – and we are already seeing results. Only last month, we scored highest for giving the best advice to customers about the cheapest energy deals in the Which? telesales report."

Just one of the eleven areas questioned showed an increase in satisfaction levels and that was in online services. The report uses responses from over 5,000 energy customers.

Cut the cost of your gas and electricity by switching