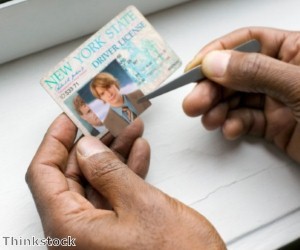 Identity fraud account for 65% of all fraud in the UK, says a new report

CIFAS, the UK’s fraud prevention service says that its members have recorded a five per cent rise in the number of fraud cases seen in 2012 compared to 2011.

This means that in 2012 there was more fraud crimes recorded in the UK than in any other year.

The report concludes that the weak economic environment played a “prominent role” in providing the incentive for many different types of crime.

CIFAS Communications Manager, Richard Hurley, said: “Fraud is a complex subject, affected by a wide range of factors, and the variations recorded during 2012 are proof of that.

“The role of organised crime (and what this actually means), consumer awareness, the economic situation in the UK, changing business practices and the rapid development of digital technologies are just a few of the influencing factors.”

The organization says that there were 248,325 cases of fraud in 2012, with 65 per cent of them involving identity fraud.

It says that identity fraud is now the main driver of all fraud in the UK with criminal gangs misusing the personal data of victims.

80 per cent of all identity related crime was carried out online, confirming the increasing importance of the internet to fraudsters.

CIFAS warns that credit card fraud rose by 44 per cent in 2012 and that men in urban areas were most likely to be the victims of impersonation. Fraudsters targeted bank, credit card and mail order accounts most often.

Frauds targeting loan products also went up by 45 per cent in 2012. The report said this was partly due to the rising popularity of payday loans.

Frauds carried out by the genuine account holder fell in 2012 but were still the second most common type of fraud, accounting for 18.5 per cent of all crime.

The “Fraudscape” report identified certain areas as fraud hotspots in 2012. These included the Gosport/Portsmouth area, Manchester, Peterborough and Middlesborough.

In London, certain boroughs were described in the report as “fraud epicenters”. These included Newham, Barking and Dagenham, Greenwich and Bexley.

Mr Hurley added that the question of who should take responsibility to combat the actions of fraudsters needs to be urgently addressed.

He added: "By examining the ways in which frauds are attempted, CIFAS is able to cast light on the murky realities of the problem.

"This underlines the need for more public and private organisations to act responsibly and share data to prevent fraud before having to recover losses, together with greater moves made by individuals and law enforcement."