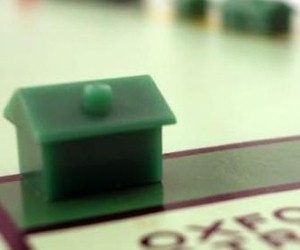 UK consumers are getting the best value for their home insurance premiums since 2010, with prices continuing to tumble across the board.

The average home insurance premium has fallen by 13 per cent to just £136 in the last three years, according to research carried out by moneysupermarket.com, which analysed more than 3.5 million home insurance quotes across all 121 postal regions in the UK in order to reach its conclusion.

The study found that every single area in the UK had seen a decrease in price in the past year.

The data is in stark contrast to the massive hikes seen over the last three years in energy prices which have risen by almost 50 per cent over the same period.

Furthermore, a significant amount of improvement appears to have happened recently, with year-on-year figures suggesting a seven per cent decline in the price of standalone buildings cover and a 16 per cent plummet in contents cover.

It was noted that the size of the reductions varied dramatically depending on the area surveyed, with Kingston upon Thames recording the biggest drop in average premiums of a whopping 14 per cent or £26.

Halifax and Harrogate also witnessed large declines in average annual premiums of 13 per cent, while Peterborough and Southend-on-sea came in joint third place with falls of 12 per cent.

Hannah Jones, home insurance expert at MoneySupermarket, said that it is the first time the price comparison site has witnessed a fall in all 121 postal areas since the survey began in 2010.

"This will come as welcome relief to many consumers who are struggling with the high cost of living and will not necessarily buy home insurance as a result of the pressures on their wallet," she said.

Ms Jones said that increased competition among providers had helped to drive prices down and encouraged consumers to locate the best possible deal.

"Competition among providers is continuing to drive down the cost of home insurance policies and it's important that consumers take advantage of this," she said. "Those who become complacent by sticking with existing policies will miss out.

"It's the first time since we began monitoring market pricing in 2010 that we've seen home insurance premiums decline in all of the 121 postal regions.”