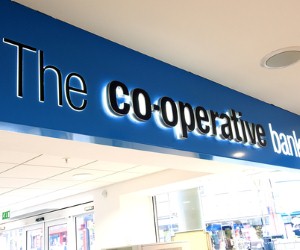 The Co-operative Bank has announced that it will be cutting the rates on its five-year fixed mortgages and offering special deals for existing customers.

From tomorrow (November 10th 2011), up to 90 basis points (bps) will be slashed from the products in order to help homeowners save money.

This follows the bank's relaunch of its mortgage range in October, which had already seen rates reduced by up to 60 bps.

Under the new deals, customers taking out a five-year mortgage with a 25 per cent deposit will be able to enjoy a rate of 3.39 per cent.

Meanwhile, those with a 15 per cent deposit will pay rates of 4.19 per cent, making the bank's products very competitive.

As an added bonus, anyone who already has a current account with Co-operative Bank and also takes out a five-year mortgage with the financial service provider will have their £999 arrangement fees waived.

Commenting on the new deals, Co-operative Bank head of mortgages James Hillon said: "With rising living costs leaving many families with less cash to spare each month, our five-year fixed products offer a great option for those wanting the reassurance of set monthly repayments."

Use the Myfinances.co.uk comparison tables to find the best deal on a new mortgage