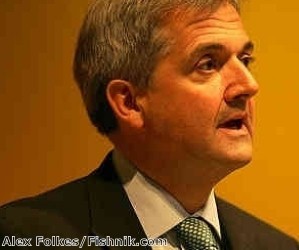 Speaking on the BBC's Andrew Marr Show yesterday (July 10th), Mr Huhne criticised the calculations contained in the Sunday Telegraph report that made the claims.

The newspaper suggested providers are to get a higher-than-normal fixed price under government incentives for electricity generated from nuclear power and wind farms, increasing the cost to ordinary Britons.

It went on to suggest that these incentives will cause electricity bills to rise by 30 per cent over the next 20 years.

However, Mr Huhne described the article's analysis as "rubbish", which did not take into account the eventual savings these different energy sources would bring.

"We are not going to have the highest prices in Europe. That's absolute nonsense. The reality is that we have some of the lowest energy prices and we can get them even lower," he commented.

Mr Huhne added that the government is taking steps to encourage competition in the marketplace and urged consumers to go on price comparison websites to see how much they could save.

"Switching is a really effective means of the consumer to take some power," he said.

His comments come after British Gas announced plans to push up gas and electricity prices by 18 per cent and 16 per cent respectively from next month.

Use the Myfinances.co.uk comparison tables to find a better gas and electricity tariff