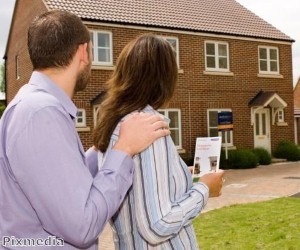 First-time buyers reached a five-year high in 2012, according to the Halifax

A new study of the UK property market in 2012 by the Halifax has found that the number of people buying their first home in 2012 was the highest since 2007.

Almost 216,000 people purchased their first home in 2007, the highest number since the financial crash of 2007 and subsequent credit crunch that made it so much more difficult for first-time buyers to get a mortgage.

However, the number is still almost half the level seen in 2006, when 402,800 people took their first step on the property ladder.

Halifax said that the age of first-time buyers has increased, up from 29 to 30 and providing evidence of the change in lending criteria, the average deposit has gone up from ten per cent in 2007 to 20 per cent in 2012.

One reason for the rising number of first-time buyers is that the cost of a mortgage is cheaper than it was in 2007. The Halifax says that new home buyers spend around 27 per cent of their disposable income on mortgage payments compared with the average of 34 per cent for existing mortgage holders.

Martin Ellis, a housing economist at Halifax, said: "The number of first-time buyers has risen to a five-year high, boosted by the improvement in affordability resulting from the reductions in both house prices and mortgage rates in recent years.

"Conditions for potential first-time buyers, however, remain very difficult, with problems raising the necessary deposit and concerns over the economic climate continuing to prevent many from entering the market."

The survey found that the average house price paid for by a first-time buyer has risen slightly from £139,921 in 2012, a rise of three per cent.

There has also been a remarkable turnaround in the affordability of properties for first-time buyers since 2007. The survey found that the average price paid by  first-time buyer in November was affordable for someone on average earnings in 39 per cent of local authority districts in the UK, compared to just five per cent in 2007. Homes are classified as affordable if they are valued at less than four times the average local annual salary.

In London 100 per cent of local authority districts were deemed unaffordable with the average age of a first-time buyer two years higher than the national average at 32.

The Council of Mortgage Lenders recently found that in mid-2012, 65 per cent of first-time buyers had some type of financial assistance in 2012, compared to just 31 per cent seven years earlier in 2005.
.