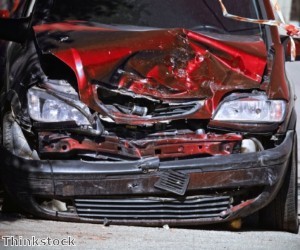 The UK car insurance industry is to face an investigation by the Competition Commission after a report found that distorted charges could be inflating premiums by £225 million a year.

The Office of Fair Trading (OFT) said it intended to refer the private motor insurance market to the commission after finding evidence that insurers compete in a “dysfunctional” way.

After a road traffic accident, the at-fault driver’s insurer is responsible for meeting the cost of repairs and replacement vehicles for the not-at-fault driver.

However, the OFT has found evidence that insurers of at-fault drivers have little control over the way in which these repairs and vehicle replacement services are carried out.

Certain practices employed appear to be driving up the cost of replacement vehicles by an average of £560 a time, while the cost of repairs was £155 more, it said.

After an accident, many insurers of not-at-fault drivers, brokers and repairers, refer the drivers to care hire organisations that tend to charge higher rates in exchange for referral fees of around £250 to £400 per hire car, according to the report.

Not-at-fault drivers appear to be given replacement vehicles for longer than necessary, meaning that the bills paid by the insurers of at-fault drivers can be inflated further, it added.

“On the basis of the evidence collected, the OFT has reasonable grounds to suspect that there are features of the private motor insurance market that prevent, restrict or distort competition,” the watchdog’s report stated.

Graham Donoghue, managing director of financial services at MoneySupermarket, welcomed the OFT’s decision as a “positive move” for consumers.

He said: “The majority of insurers don’t actually make an underwriting profit on the policies they sell. Instead, the industry has tried to rely on revenue from the fees generated from referring personal accident claims to solicitors, inflating repair costs and hire car charges.

“Ultimately this strategy has come back to hit insurers hard as the cost of claims has risen rapidly – costs that have been passed on to customers.”