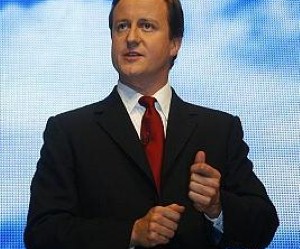 David Cameron is attempting to water down pension reforms to guard against a potential revolt from older voters.

The new proposals come after the government has realised that its proposed introduction of a flat rate state pension could mean many potential Conservative voters lose out.

As a result, Mr Cameron wants the report, already delayed, to look at the potential conseqiences and political fallout.

Previous plans that were unveiled by the Department of Work and Pensions (DWP) to pay a flat-rate of £140 a week in a bid to simplify the pensions system could be derailed as the government tries to stave off a potential rebellion from older voters and traditional conservative voters in the run up to the next election.

The original proposals formed part of the government’s planned policies as unveiled in the Queen’s speech.

At the time it was praised because it would remove the need for means testing and simplify the pensions system.

Mr Cameron believes millions of potential tory voters could fail to benefit from the new proposals.

These include high earners who will no longer be able to boost their pensions through the state second pension which will be abolished.

Women who have not worked full-time but under current rules are entitled to receive 60 per cent of their husbands pension could also lose out if the flat rate was brought in.

Existing pensioners will also lose out because the flat rate pension will only be offered to those who retire after it is introduced.

Another potential source of votes for the government that could lose out are existing pensioners who receive less than £140. They could see new retirees receiving a higher state system and could accuse the government of creating a two-tier system.

He now wants to make the plans more “consultive” and position the reforms as being at the stage of a “green” rather than “white” paper – government speak for being less close to being passed as a law.

The white paper is due this autumn after being delayed already. It is now expected to present a preferred way forward, but will offer other alternatives.

Just three months ago, Mr Cameron was introducing the flat rate pension payment of £140 a week as a way of simplifying the complicated pension system.

At the time he said: "The act of simplification is incredibly important, it's going to pull thousands out of means testing, it's going to help make saving pay. This quite simply doing the right thing by those who have done the right thing all their lives and I'm proud that we are the Government taking this forward."