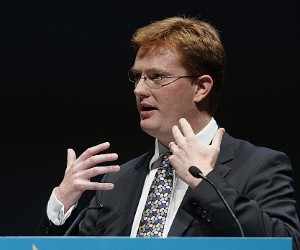 The two leading members of the Liberal Democrats within the coalition have taken opposite points of view as to the state of the UK economy and whether it is about to enter a triple-dip recession.

On Sunday, Vince Cable, the business Secretary told The Observer that there “was certainly a risk” that the UK could be heading for a triple-dip recession and also warned that Britain could face losing a decade of economic development in the manner in which Japan had.

However, his views were contradicted by the Chief Secretary to the Treasury, Danny Alexander who said that though the road to recovery was “longer and harder” than expected, “steady growth” in 2013 was likely to mean that the UK will avoid falling back into an unprecedented triple-dip recession.

The UK will have dipped into recession again if the economy contracts in both the final quarter of 2012 and in the first three months of 2013.

Latest economic data suggests that the first part of this bleak scenario is likely to become reality, though whether the UK economy will slow further in the first quarter of 2013 is less clear.

Last week the Office for Budget Responsibility (OBR) predicted that the UK economy will contract in the final quarter of 2012 as it issued its updated forecasts as the Chancellor delivered his Autumn Statement.

Mr Alexander’s comments, made on the BBC’s Andrew Marr show, that the economy will return to growth in 2013,echo the updates from the OBR. However, the independent think-tank has been criticsed over the accuracy of its forecasts after having to significantly downgrade its forecasts last week from the ones it made in March as the budget was delivered.

Mr Alexander said: "The OBR forecast that the final quarter of this year would be negative, but that we would see positive growth slowly returning in every quarter of next year.
"That would suggest that we're not going to have that happening. But it is an uncertain world out there.

"We're seeing continuing problems in the eurozone, but I'm happy to rest on the OBR's forecast, which is a bounce-back from the Olympic boost we saw in the third quarter causing a small negative in the final quarter of this year, but then steady growth slowly starting to return next year and the year after that."

But Vince Cable was less optimistic in his prognosis for the economy. He said that the economy will "continue bumping along the bottom".

Meanwhile, Mr Alexander said that extra government cuts would remain at the same “steady” pace in 2015-16. This came after the Institute for Fiscal Studies (IFS) warned that government departments whose spending is not protected will face cuts of more than 30 per cent.

Mr Alexander said: "I think we're right not to chase our debt target, but instead to continue to do this in a steady way."

Mr Cable said that the UK faces a long road back to recovery that could hit homeowners hard as interest rates return to normal.

He said: “Interest rates will go back to normal and that will affect a lot of people whose mortgages are hanging by a thread at the moment. Even the recovery is going to be very painful.”