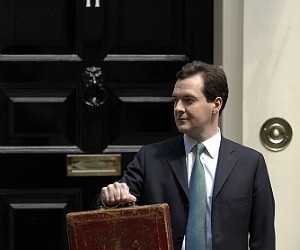 Budget 2013 live: All the key points at a glance

Debt forecasts – Chancellor claim that deficit has been cut by a third depends on classifying it as % of GDP not £.

Corporation Tax – To be reduced to 20 per cent from 2015. Increase in bank levy to pay for it.

Pensions – Single rate state pension of £144 a week brought forward one year to 2016.

Housing – Shared equity schemes extended with interest-free loans of up to 20 per cent of the property available on new builds.

QE– Asset purchase facility to remain in place for next year

£11.5 billion more departmental spending cuts to be announced in spending review in June.

Spending review – Gove looking to find £11.5bn in next SR

Capital gains tax relief for sale of businesses to employees

Public sector pay – Pay rise will be capped at one per cent in 2015-16, like most benefits. Service personnel to be exempt from public sector 1 per cent pay rise cap and limits on "progressive" pay rises.

Tax avoidance – New tax avoidance measures including agreements with isle of Man and Guernsey. Aims to get back £3bn in tax.

Childcare – 20 per cent of the cost for each child – Families to receive up to £1,200 ech year in childcare voucher costs