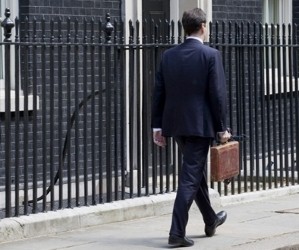 The Chancellor has presented his fourth budget since the coalition came to power and has had to admit it will take two years longer to get the deficit down.

The Office for Budget Responsibility (OBR) has cut the UK growth forecast fro 2013 in half, down to 0.6 per cent.

Highlights of this year’s budget include 1p off beer duty, the cancellation of the planned 3p-a-litre rise in fuel duty and confirmation that the personal allowance that exempts workers from income tax will rise to £10,000 from April 2014.

Here are what the industry experts think of the budget:-

Overall – John Longworth, Director General of the British Chambers of Commerce (BCC), said: “There is much for business to commend in the Chancellor's statement, from a wider remit for the Bank of England, to measures on fuel duty, home ownership, and employment.

"However, many in business will feel that the government could have gone even further to support enterprise and growth – for example, through immediate action on business rates and road maintenance."

John Cridland, CBI Director-General, said: “The CBI was clear this Budget needed to deliver a good dose of business and consumer confidence, while being necessarily fiscally neutral.

“We’re particularly pleased our call for a focus on the short-term boost of housing has been heeded, alongside an increase in longer-term big ticket infrastructure spending.

“An extra one penny cut in corporation tax will also make the UK one of the most internationally competitive locations in which to do business."

C"lare Francis, editor-in-chief at MoneySupermarket, said: “George Osborne has attempted to give something back by raising personal tax allowances to £10,000, helping with childcare and freezing planned rises on fuel duty. This may, however, be little comfort to UK households who are facing unprecedented pressures on their wallets.

Jeremy Trent, tax partner, HW Fisher & Company chartered accountants, commented: "Notwithstanding the fact that the details were all over Twitter before he even stood up, the Chancellor's Budget, overall, was fairly positive, especially for business.

"The Chancellor didn't change tack on his Plan A but despite this, he does, at first glance, appear to have introduced some measures that will benefit a broad range of taxpayers."

Tim Knox, Director of the Centre for Policy Studies, said: “This was a Budget of the Good, the Bad and the Ugly. But the good did not dominate."

Fuel duty – Miranda Schunke, spokesperson for Green Flag, said: “We welcome the government’s decision to cancel the planned increase in fuel duty. Household budgets are already being stretched to the limit with the spiralling cost of living."

Corporation Tax – Chris Sanger, Ernst & Young’s global head of tax policy, said: “By confirming that the UK corporate tax rate will drop to 20%, the Chancellor has delivered the ambition he set out in the last Budget. The UK’s tax regime is already attracting more jobs and investment to our shores, and this latest step reinforces the message that Britain is open for business."

Mortgage guarantee scheme – Stephen Noakes, Mortgage Director at Lloyds Banking Group, commented: "Crucially, this scheme will not only help first time buyers but also second steppers, a key segment of the housing market that is also in need of more support and attention."

Help to Buy – Ian Fletcher, director of policy at the British Property Federation, said: "This is a strong package of help for housing. Annual transactions are half what they were and that has a knock on consequences for all those parts of the economy that rely on people moving. Helping people needing a deposit has for some time been cited as the missing piece of a coherent housing policy and both is therefore welcome."

Nick Kennett, Director of Financial Services at Post Office said: “The Help to Buy scheme sees the Government loan potential buyers an interest-free loan for five years up to 20 per cent of the value of the new home, available from 1 April 2013, and provide a “mortgage guarantee” for people with smaller deposits from January 2014.

CML director general Paul Smee said: "The announcement of Help to Buy which will help mitigate the risk of those lending low deposit mortgages shows a positive re-focus on promoting home ownership. The benefits will not be immediate, and we need to look at the detail of implementation, but this could have a significant impact in the medium term."

However, Terry McCutcheon, CEO of Finance Planning Group said: "The one thing that hasn't been addressed at this point, is the shortfall in housing supply – where are all these new-build properties going to come from?"

Raising of Personal Allowance to £10,000 – Mark Pearson, founder of MyVouchercodes.co.uk said: “The fact that the taxable income personal allowance threshold will be raised to £10,000 by April 2014 is great news for those struggling to make ends meet. Having lived in less-than privileged circumstances as a child, I know just how much even the smallest increase in personal allowance helps. Mike Freer MP mentioned on Twitter that the change would mean those on minimum wage will see a tax cut of 50%."

Beer tax – Jane Scott, personal tax specialist at Ernst & Young said: “Anyone wanting to drink something other than beer will find the price tag is rising – no tax breaks for those whose idea of a reward at the end of the day is a gin & tonic!

“Beer will not only be exempt from the general rise in alcohol duty but, with effect from 25 March 2013, there will be a reduction in duty on beer of between 0.75% for high strength beer to 6% for low strength beer."

Consultation on transferring Child Trust Finds to Junior ISAs: Keith Evins, Head of UK Funds Marketing at J.P. Morgan Asset Management, said: “Finally the powers that be have seen sense!  This is great news for parents with savings languishing in uncompetitive child trust funds, and should see everyone on a level playing field."

Infrastructure – Jon Poore, public sector director at Turner & Townsend said: “Public sector infrastructure spending should not be an indiscriminate spraying of investment around the country. Without focus and carefully costed plans, the Chancellor might as well send a fleet of RAF helicopters to drop bundles of banknotes."

On Employers tax cuts – Graham Farquhar, Employment Tax Partner at Ernst & Young comments: “There will be a £1.75bn National Insurance Contribution (NIC) giveaway by the Chancellor, which will come as a huge boost to small employers. Almost a third of all employers will no longer pay any Employers NI.

“In the past the Chancellor has provided NIC holidays for employers in certain parts of the country. This time round, the £2,000 employment allowance will be available to all employers to offset against their Employer National Insurance Contributions bill.

“This will mean a business with one employee, earning the average salary of £26,500 per annum, will have their employers NIC bill reduced to £600 next year compared to £2,600 this year."

Single tier state pension – John Lawson, Head of Policy for Corporate Benefits at Aviva, said: "Whilst the new state pension is a welcome development, the price will be a higher state pension age with those born this year unlikely to pick up their state pension before their 80th birthday. The message from government is clear 'this is what we are going to provide for you and after that you are on your own'."

Abolition of stamp duty on funds – Daniel Godfrey, Chief Executive of the Investment Management Association said: "The UK is already a world class location for asset management and this is a vital step in allowing the UK to compete as a location for funds.  A truly world-class tax and regulatory regime for funds will deliver thousands of jobs in support services all around the UK and billions of pounds of tax revenues."

Patrick Reeve, Managing Partner at Albion Ventures LLP, said: “Abolishing CGT on the sale of companies to employees provides a much needed incentive to unlock hidden talent within UK companies.

“This Budget was mindful of the role that growth companies are playing in advancing the UK’s progress down the road to recovery.”

Extending the FLS and its impact on savers – Simon Rose of Save Our Savers says: “The Chancellor has thrown savers to the wolves. This is a disgraceful betrayal of Britain’s savers. The Chancellor’s announcement will lead to even lower savings rates and still higher inflation, with appalling effects for those relying on savings income.”

Nerys Lewis, personal finance expert at Confused.com said: "It's disappointing for savers that George Osborne is ‘actively considering' extending the Funding for Lending Scheme in this Budget. The scheme has meant that banks don't need to tempt savers with high rates, as they can rely on the scheme to get the money to lend to businesses, whilst it's good news for businesses, it does mean savers miss out."