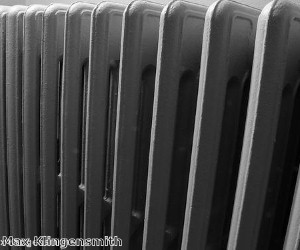 With new research revealing nearly half (47 per cent) of Brits have positive balances on their gas or electricity bills, consumers should review their utility accounts immediately in order to reclaim their cash in time for what could be an expensive winter.

This is according to price comparison website Gocompare.com, which found that the average consumer is in credit to the tune of £78.50 when it comes to their energy bills.

A further one in five have a credit balance of £100 or more, meaning utility companies could be profiting from a jaw-dropping £1 billion in overpaid bills.

Many Brits reported that they found it easy to get into credit with their utility bills as they pay by direct debit, with almost half (47 per cent) revealing they use this method to keep on top of their gas and electricity.

Almost four in ten (39 per cent) confessed they also employ a direct debit in order to pay off their phone bills every month.

Jeremy Cryer from Gocompare.com said that while direct debit is a good way to make payments to utility companies as many providers offer discounts for using this method of payment, consumers should bear in mind the methods they use to calculate the cost often lead to customers overpaying.

"Suppliers calculate the amount you pay based on an estimate of your annual consumption," explained Mr Cryer.

"This is then usually divided into 12 equal payments and charged monthly. If the estimation of usage has been set too high, a sizeable surplus can quickly build up."

"Also, once a direct debt has been set up, it's easy to forget about it as your bills are paid automatically and many people don't think to review the amount they are paying."

In order to avoid paying too much, Mr Cryer suggested residents make regular checks on their gas and electricity meters, as well as their phone bills, in order to ensure they don't end up overpaying on these outgoings.