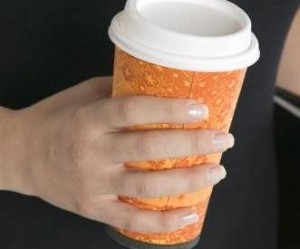 Many Britons spend more than the daily cost of life insurance on their caffeine fix.

Almost a third (30 per cent) of Britons claim they do not have life insurance because it is too expensive – yet many consumers are splashing out far more than the daily cost of cover on less important luxuries, according to Confused.com.

The comparison site said a policy can cost as little as 17 pence per day.

Its research found that despite so many people saying they cannot afford life insurance, 16 per cent spend much more than this by buying their lunch at work.

A meal deal from high street retailer Boots, for example, costs £2.82 more than the daily cost of cover.

Another seven per cent of respondents to its poll claimed they buy themselves a "posh" tea or coffee each day.

Confused.com said a filter coffee from Starbucks comes in at £1.80 – over ten times the cost of ensuring dependants will be provided for.

The site's head of insurance Matthew Lloyd said: "Life insurance isn't expensive and a small sacrifice, like giving up a posh coffee once a week, could make a big difference in the event that the worst happened."

According to new research from Unbiased.co.uk, online searches for protection products like life insurance have risen by 39 per cent since the start of the year, indicating that the current economic climate is focusing people's minds on making sure their family will be financially stable should they die.