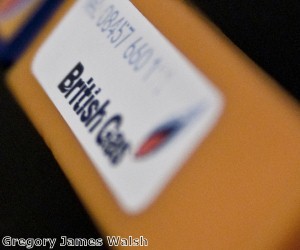 Centrica, the owner of British Gas, has revealed that it's adjusted operating profit increased by nine per cent over the first half of 2013.

Across the six month period, the firm took in £1.58 billion, in comparison to £1.45 billion within the same period last year.

Finance Director, Nick Luff warned that customers can expect to see further price increases ahead of the winter as "upward pressure on costs" continues.

Mike O'Connor, chief executive of Consumer Futures, said: "Wholesale gas prices have not risen significantly and their gas production and much of their generation business has done well.

"Those factors should give British Gas confidence to hold its prices."

Looking specifically at British Gas, its residential arm enjoyed a three per cent rise in profits, from £345 million last year to £356 million, while Centrica has estimated that the arm is in line to match 2012's full-year operating profits of £606 million. This comes a day after EDF also reported UK pre-tax profits of £903 million.

British Gas raised prices by an average of six per cent fopr gas and electricity in November 2012. Other members of the "big six" energy firms also raised prices before or during the winter and the average annual dual fuel energy bill has now reached £1,340, almost double the level seen in January 2006.

Tom Lyon, energy expert at uSwitch.com, said: "Profits are up from last year, so we would urge British Gas to help quell customer’s fears and go one step further from its May pledge and commit to a price freeze for the rest of the year."

The latest financial results are sure to add to the criticism that the firm is boosting profits at the expense of hardpressed UK households who have just suffered the longest winter since the 1960's.

Even though the firm has launched a Tariff Checker to help customers figure out if they are on the cheapest rates available, these rising profits are sure to be ammunition for angry consumer groups.

The organisation has backed its decisions however, by stating that it has complied with the government-imposed Energy Company Obligation, which offers low-income homes with help for heating bills. Centrica chief executive Sam Laidlaw said: "With our customers using more gas to stay warm during the unusually cold winter, we're doing everything we can to help them keep their energy costs under control and make bills simpler and clearer."

It was also announced yesterday (July 30th) that Centrica had acquired the energy division of Hess Corporation in a £657 million deal. This will make its Direct Energy subsidiary the largest business-to-business gas supplier in the eastern United States. This follows another deal last month (June 2013), which saw Centrica buying a 25 per cent share in a shale gas exploration license in Bowland, Lancashire, for £44 million.

Consumers are being urged to fix their energy tariff to protect against future price increases.

Mr Lyon added: "Unfortunately there is little to suggest that consumers will be protected from price hikes so it’s vital that they act now to ensure that they are paying as little as possible for their energy bills. For those concerned about ever-increasing prices, a fixed price plan could offer the peace of mind that’s needed as we head into winter."