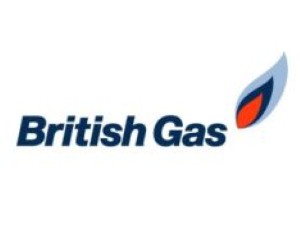 British Gas is set to raise the standard cost of gas and electricity by six per cent.

The price rises will take effect from November 16th. The increase will be a blow for British Gas’s 12 million residential customers and comes just in time for the winter when gas usage increases dramatically.

The price increase takes the average dual fuel energy bill for British Gas customers above £1,300 a year and will push thousand of households into fuel poverty this winter.

Consumer groups have criticised British Gas and called on the government to put more pressure on energy suppliers to limit price rises.

Richard Lloyd of consumer group Which? said: "Everybody knows that this is a market that is not competitive, not properly working for consumers.There is very little pressure on British gas to be efficient and to keep these price rises to a minimum."

But British Gas warned that customers can expect more price increases in 2013.

Managing Director Phil Bentley tried to explain why price increases are needed. He said: "We know that household budgets are under pressure and this £1.50 per week rise will be unwelcome. However, we simply cannot ignore the rising costs that are largely outside our control, but which make up most of the bill."

Ann Robinson, director of consumer policy at uSwitch, said: “This announcement will send consumers reeling. It is the death knell for any hope that suppliers would hold off from price rises until after winter."

The price rises will add about £80 to the average dual fuel bill for a UK household.

This takes the average annual dual fuel energy bill to more than £1,300 and at a time when households and pensioners are struggling and coping with low wage rises and increased fuel and food costs it is expected that thousands more people will be pushed into fuel poverty.

An individual or household is deemed to be in fuel poverty if they have to spend ten per cent or more of their disposable income on heating and power.

One of British Gas's main rivals, SSE, which trades as Scottish Hydro, Southern Electric and Swalec announced in August that they are to raise gas and electricity prices by an average of nine per cent. These price increases will take effect from Monday 15th October.

Yesterday npower announced that it will raise prices by 8.8 per cent for gas and 9.1 per cent for electricity from Monday 26th November.

Of the “big six” suppliers, only E.On have pledged not to raise prices for the remainder of 2012. However, it is possible that they could announce price rises that take effect from early in 2013, though no announcement has been made yet.

British Gas last raised its prices in August 2011 when gas prices increased by 18 per cent and electricity prices rose by 16 per cent.

The other two members of the “big six”, EDF Energy and Scottish Power have not announced any price rises yet but have not promised that they won’t increase prices by the end of 2012.

British Gas boss, Phil Bentley warned customers to expect price rises when its parent company, Centrica announced profits of £345 million in the first six months of 2012 on its UK residential utility business, a 23 per cent increase on the same period in 2011.

British Gas said that it would likely have to raise prices this winter because it expected to have to pay 15 per cent more for wholesale gas this winter compared to last winter.

Mr Bentley said that the cost of government policies and the national grid upgrade is adding £50 to an annual fuel bill and this is expected to rise to £60 next year.

Mr Bentley said: "Britain's North Sea gas supplies are running out and British Gas has to pay the going rate for gas in a competitive global marketplace.

"Furthermore, the investment needed to maintain and upgrade the national grid to deliver energy to our customers' homes, and the costs of the government's policies for a clean, energy-efficient Britain, are all going up."

Analysts are urging consumers to consider switching to First Utility’s fixed rate deal until March 31st 2014 which comes with a £30 exit penalty per fuel or Scottish Power’s Online Fixed Price Energy deal until April 2014 which has no exit fees.

Read more: A step-by-step guide on how to find the cheapest energy deals