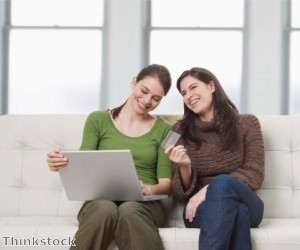 The British Retail Consortium (BRC) reports a growth in retail sales in December thanks to a Christmas online sales boost that helped overall like-for-like sales rise by 0.3 per cent.

The data shows that the UK high street avoided a disastrous Christmas but that consumers were prepared to wait to find bargains and that the growth rate of food sales slowed while sales growth for non-food items increased to close the gap between the two areas.

In total, retail sales rose by 1.5 per cent, helped by online sales growth of 17.8 per cent. However, this rate of growth is still below inflation and only on a par with December 2010 when the retail sector was severely disrupted by snow.

The director-general of the BRC, Helen Dickinson said that without the surge in sales online, total retail sales would have recorded a drop. She described the December figures as “not a cause for celebration, but not a disaster either”.

Online sales grew at the fastest pace for 12 months in December and Ms Dickinson acknowledged that online retail has taken on even more importance in the run up to Christmas as “people make use of the convenience of it.”

She added: “Online was the stand-out performer, showing its highest rate of growth this year. Shoppers are increasingly taking advantage of the convenience that online shopping offers at every stage of the customer journey, from comparing prices to reserving and collecting in-store.”

The proportion of total sales that came from the internet rose from ten to 15 per cent in December.

So far, reports from individual companies on their Christmas trading have been mixed. Next, John Lewis and Waitrose all reported excellent sales but Morrisons supermarket struggled and admitted that part of the reason was its lack of an online presence.

The BRC said that there was a decline in sales of traditional children’s toys but a rise in sales of tablet computers. Food sales were particularly good in some areas, especially luxury desserts, festive cheeses, champagne and salmon.

Electrical retailers were helped by the collapse of Comet which allowed them to increase their market share.

Ms Dickinson said: After a sluggish start, the final few days leading up to Christmas saw a last-minute sales boost, as many made the most of a full shopping weekend which the calendar didn't offer in the previous year.

"Retailers will be hoping that a continuing boost from post-Christmas sales events strengthens January's figures but, unfortunately, there are few signs that their sense of 'running fast to stand still' is likely to ease off any time soon."